Posted on December 30, 2011 by sddescenders
Hi Guys, Tomorrow is the last riding day of the year.  Hope to see you for the group ride.  It is posted on the web and it pasted below.

There was also a small group ride today for those of us that played hooky.  Guido and I pedaled over to Voris’ house and he did not ride.  Bob Proulx showed up and we rode to Garden road to meet Claus.  It seemed like it was only going to be 4 of us so we headed up SPP.  Guido’s legs were hurting from the TT training on Fiesta Island for Team B from yesterday.  My legs were hurting from a few good runs and from being old.  Unfortunately Bob and Claus seemed in good form so the pace hurt.  We sped along towards Mussey Grade and descended at a sane pace.  We met up with bob Raibert who was climbing up Mussey, out getting more clandestine training in to get his Strava points even higher.  We regrouped and headed for the end of Mussey.  I had to fix a flat but we eventually got climbing.  Bob R and Bob P flew away from Guido, Claus and me on the climb up Mussey.  We regrouped at the fire station on Dye Road for a water break and then went down HVR.  I took at small tumble near the school on the slight incline when I went for my water bottle at the same time Guido slowed.  We bumped tires and I fell.  No damage, no foul so we continued on the ride.  Guido and I lost the other three guys in our desperate attempt to catch them; never did.  They were kind enough to turn back around at the bottom of HVR and we rode as a group to Pomerado.  Claus wanted more pain so he took off towards Lake Hodges while the rest of us went down Pomerado.  Guido seemed refreshed and he and Bob P pulled away.  Bob R was kind enough to come back for me and he pulled me back to them.  Bob P split off to ride back to his car while we turned on Ted Williams.  Bob R had to get home so he took off while Guido and I pootled our way back home–56 miles and 3,300 feet of climbing.  Does not sound like much but we were still tired.

Here are a few photos.  See everyone in the am. Rob 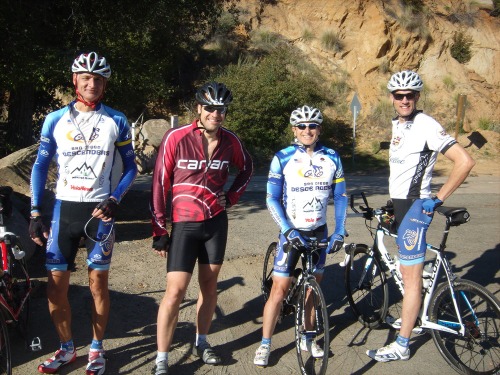 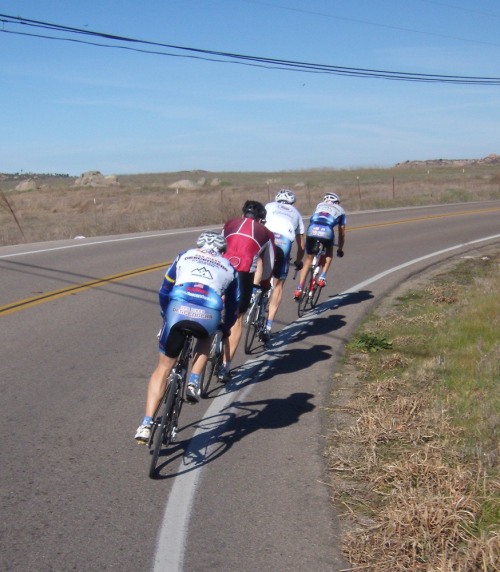 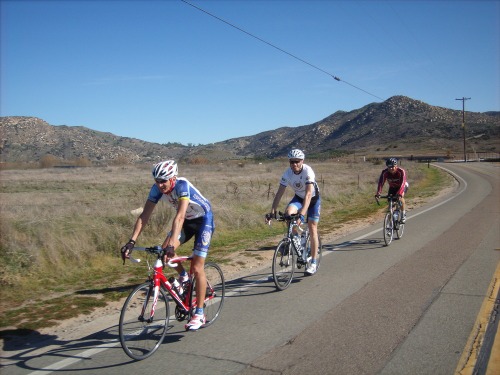