Stage 7 of the Tour of California finished in dramatic fashion with Robert Gesink attacking on the final climb up Mt Baldy.  Two riders, Chris Horner and the Columbian rider, Atapuma, were the race leaders for much of the day.  The initial breakaway was led by Jens Voigt and riders from Radio Shack.   Coming up the final climb from Baldy Village, Horner and Atapuma still had a 1:33 led over the peloton.  Atapuma attacked and got slightly away from Horner.  Gesink got to the front of the group and attacked up the final five kilometers.  He passed Horner and then passed Atapuma at top of climb, just before the switchbacks.  They both fought to the finish with Gesink winning the stage and taking the Yellow jersey from Zabriskie.  The Descenders were there for the epic ride, the great race and were watching 200 meters from the finish to watch Gesink take the stage victory and ultimately the Tour of California win. The group event started at Casa Voris where we all gathered for the drive to Glendale.  We handed out the new Descenders jersey to Bernie Bogard for making such a speedy recovery from his fall on Couser Canyon.  He destroyed his jersey on the fall, not to mention his shoulder, finger and all the road rash.  Bernie is back and as strong as ever.  He will look good in his new team jersey.  Dave Ernst and Dave Sheehan presented Rick with his award and framed photo of his great record ride up the south grade of Palomar Mountain; the first Strava confirmed climb of under one hour.  Great riding Rick.  A few of the boys who could not go to the Mt Baldy ride stopped by on their way to the local group ride.  Guido, Sheehan and Farkas headed off to Mussey and Pamo while the rest of us drove to Glendale. 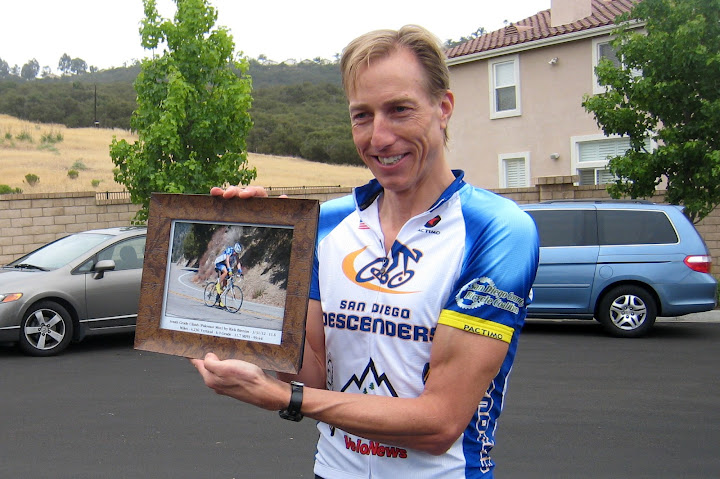 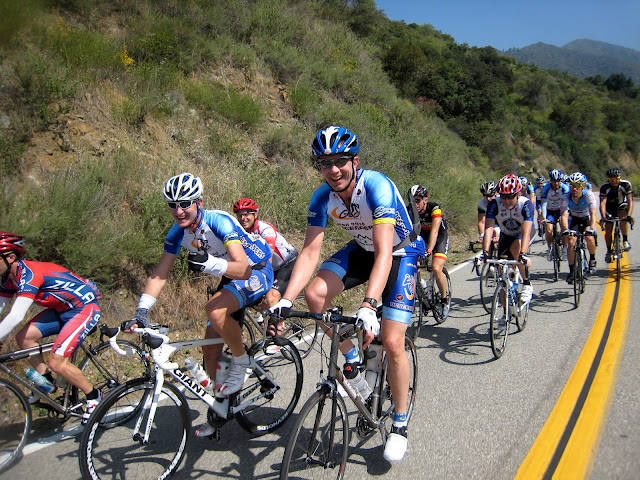 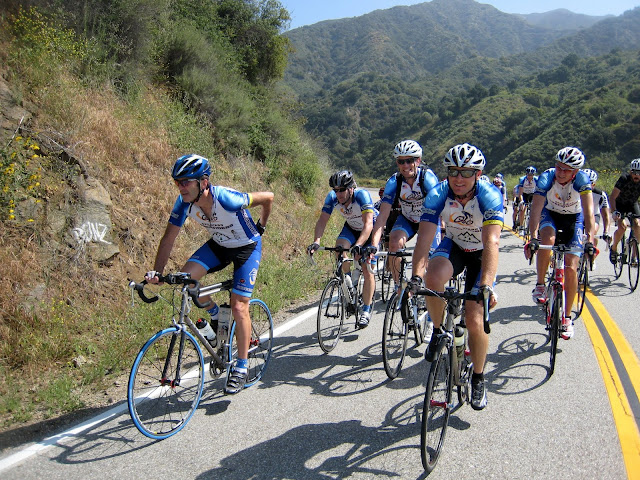 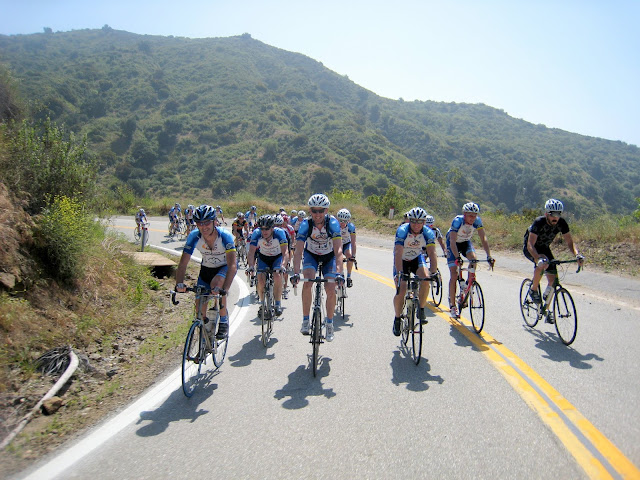 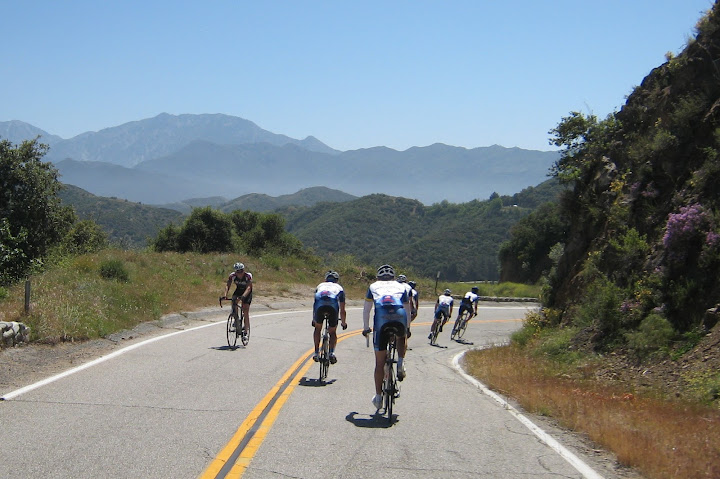 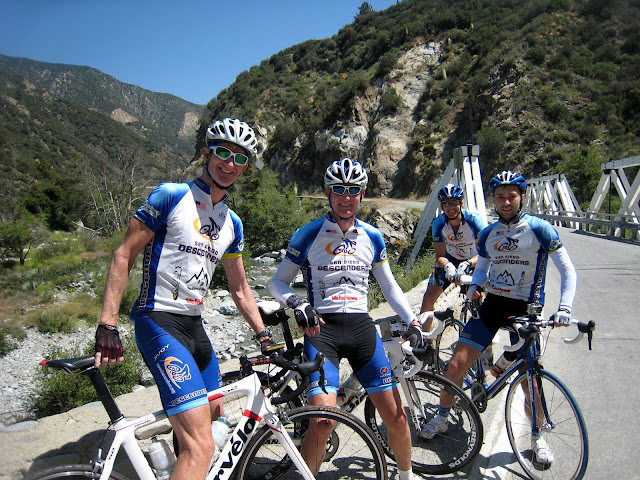 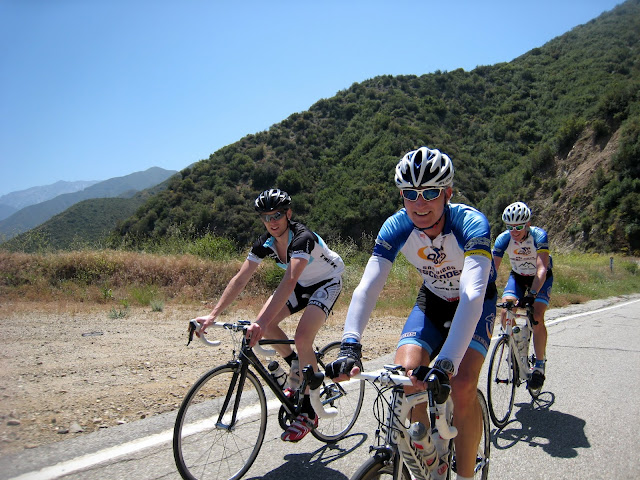 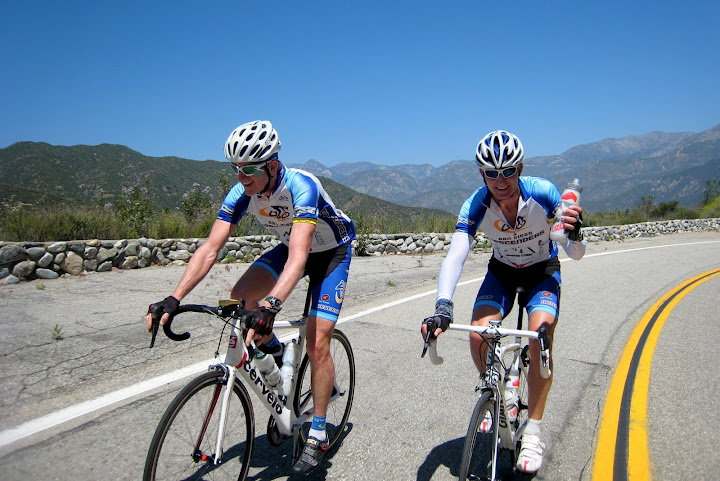 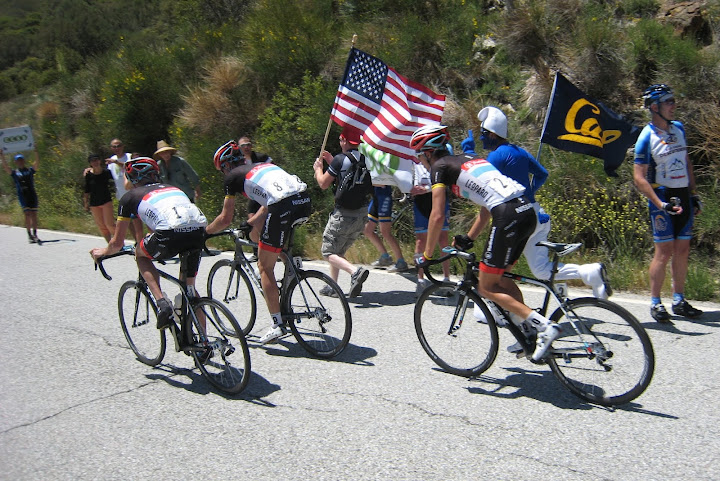 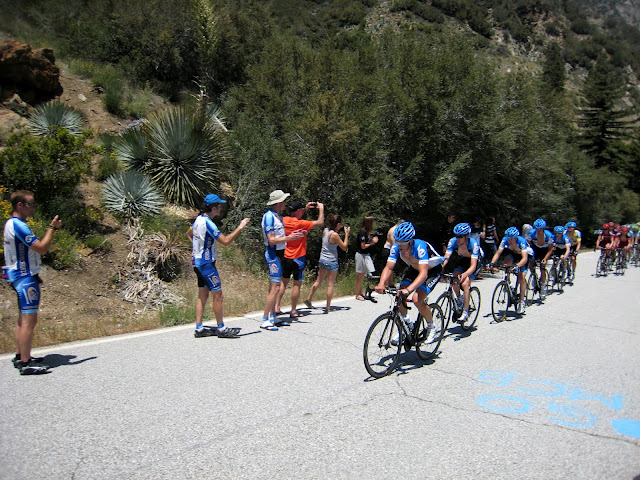 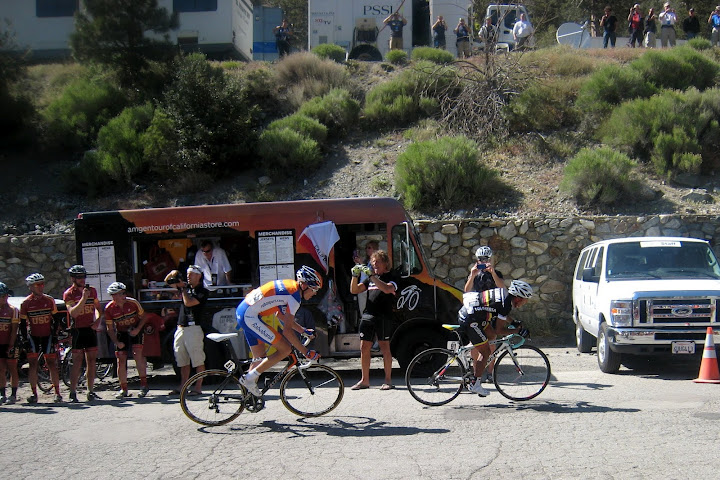 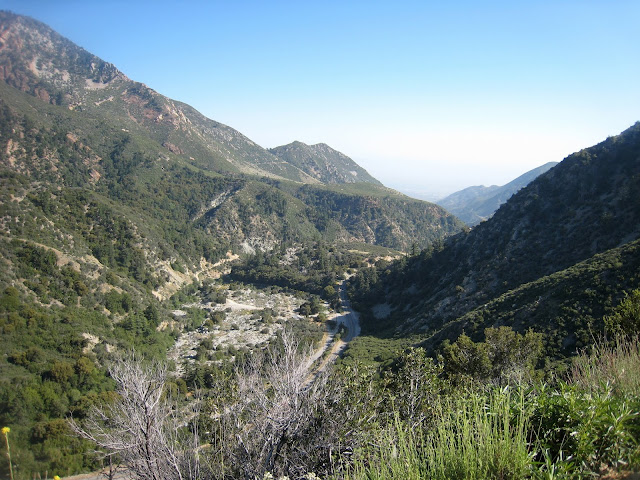 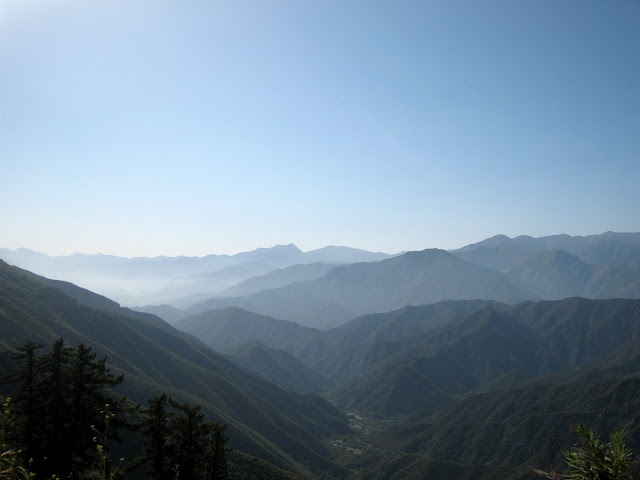 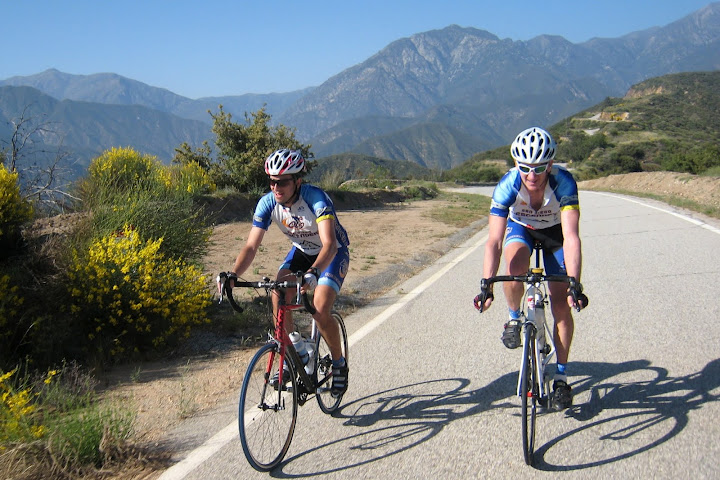 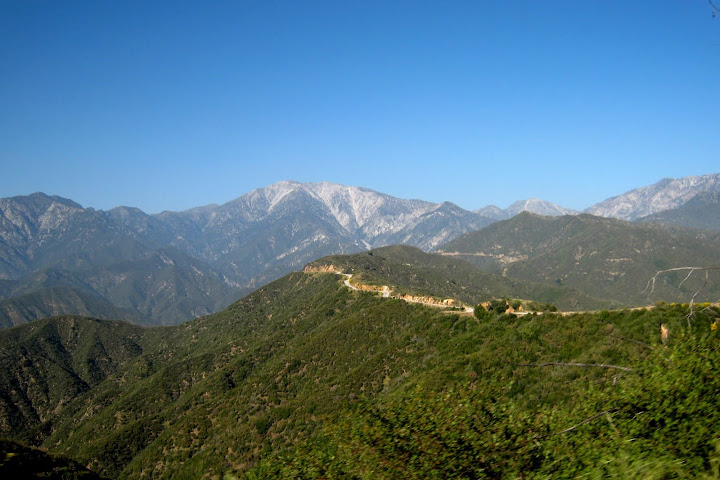 The large group started together and climbed Glendora Mountain Road up to the intersection of Glendora Ridge Road.  We had over 20 Descenders riding and many friends/guests from all over the San Diego area.  We even had a visitor from Wisconsin who knew something about climbing on bikes.  AJ is a great rider and apparently a great runner too.  We had most of the group together for the 12 mile climb, it was a beautiful start to the day.  Most all descended to the bottom of Cattle Canyon.  I was the first to turn back up for the 5 mile climb, along with Bob P.  We saw Hodges still descending as he had to fix a flat at the top.  We saw John M descending.  Many of the guys went even farther down toward the bridge, I needed all the lead time I could get.  Bob P rode away from me.  Many of the other Descenders passed me as I climbed.  Hodges burned a few matches by closing his gap and passing me right at the top.  We rode together for many miles along Glendora Ridge climbing to the lunch break at the CCSD van.  Matt Baab came along and breezed by us.  Mike Hodges finally left me and he pedaled towards the top.  I was finally passed by Oleg and Voris.  I tired to close the gap and kept them in sight until we got to the top of GRR.  The fans were thick on both sides and you had to walk your bike to get through the crowds.  We coasted down to the CCSD Volkswagen where many Descenders gathered for a great feast.  Many, many thanks to Jo and Rob for all their work in preparing for the needed food and drink.  The food was great and the water a savior as the day had become warm.  After a relaxing lunch we saw the lead breakaway group led by Chris Horner climbing up GRR on their way to head down some of the roads we had climbed earlier.  The race went down cattle canyon and then looped around to climb up the GMR route from our morning start.

Descenders headed out toward Baldy Village and the 4 mile ascent that loomed ahead.  The group was spread out all along the road.  There were hundreds of other riders out, all hoping to reach the top of Mt Baldy before the race came through.  The heat was rising and the road became steeper, a difficult combination.  I climbed alone in my thoughts of how beautiful and painful the climb was.  I tried to keep a pace about 5 mph and noted a number of 6-7 mph surges.  My overall speed was slow but I made progress.  I plowed through all my fluids, despite the water I drank back at the CCSD van.  I was in need of more water–soon.  The final kilometer signs clicked off.  I opted not to take the bracelet and get the push up by the roadside group.  I loved all the folks sitting along the side of the road, drinking beer, saying comments like “Almost there or keep it up.”  Why were they not riding too?  I finally made it to the top and found many Descenders near the finish line.  We all decide to place our bike on a light pole near the final switchback, only 200 meters from the finish line.  We relaxed in the sun and watched the race on the jumbo tron screen.  It was an exciting finish.   The descent down was almost as crazy as last year.  We had to walk for a bit and then slowly descend until getting past the marketing tents.  We rode alongside a few of the pros heading back to the team buses in the village.  Once we got back to Glendora Ridge Road the crowds thinned out dramatically.  The CCSD van was again a welcome sight.  We all filled our water bottles again and then rode the 20+ miles back to the bottom.  It was not all downhill but it was a great ride along the mostly deserted ribbon snaking along the ridge of the mountain.  We split into several groups based on descending skills but we all regrouped at the bottom and rode back to the cars.  The ride was about 65 miles and over 8,500 of climbing.  Many thanks to Oleg and Ernst for all the organizing.  Many thanks again to Jo and Rob for the CCSD hospitality.  We had a great turn out.  The Descenders rode well.  Attached are a few photos.  I will send a few more e-mails with more photos and then load the rest into the shutter fly account. Ride on- Rob