The REAL Alpine Ride (climbing the Alps of Innsbruck, Austria) by Oleg

I was going to Austria and Germany (for conferences) and decided to bring my Ritchey, naturally. United Airlines normally charges $200 for regular bike as a luggage fee for an international flight – one way. So the entire trip with my “regular” bike would have set me back $400. Yikes.

Luckily, my Ritchey Breakaway flies for free, as it always has.

4 hour flight from San Diego to Chicago, plus short layover and another 9 hour flight later I was in Munich with my Ritchey, no fees. I rented a Volkswagen Golf and was soon doing 180 (kilometers per hour) on autobahn, heading south towards Austria. I got to Innbruck, my destination, around 6PM local time, jetlagged and tired. It was raining while I was driving but by the time I crossed into Austria the clouds started going away and it was sunny. The views of the Alps, still covered in snow, surrounding Innsbruck from every direction, were absolutely gorgeous.

I quickly assembled Ritchey and decided to take it for a 5 minute test-spin around the park. Which quickly became 30 minute spin, then 1.5 hour spin, for 22 miles or so along the river Inn. I tried to stay close to the river to avoid climbinNext day I met with Christoph, a top local rider, who kindly volunteered to be my bicycling guide for the day. I contacted Christoph after looking up some climbs in Innsbruck area on strava, and Christoph was invariably a KOM on each and every one of them.

We did three major climbs – Hochzirl, a 1,200-1,400ft climb with major section averaging 11-13%, that starts in city of Zirl and goes up to the local hospital, in shaded alpine forest, followed by Haggenweg Climb, that goes to city of Stiglreich, morphing into an appropriately named Superstiglreith climb, which starts in the valley/countryside at 2,000ft and ends at 5,000ft, with plenty of snow still on the side of the road, with the final mile-long section of 13%; and finally, after some fast descending back into the valley and a few rolling hills, Axamer Lizum climb up to Olympic skiing center that was featured in 1976 Winter Olympics, also topping out at just above 5,000 ft.

A great ride overall. We finished riding around noon time, I grabbed some lunch and took off for Munich. Rain started pouring as soon as I left, so we got really lucky with the good weather. Sunshine period just long enough to fit a nice long ride.

Innsbruck is a fantastic city and very bike friendly. A lot of people ride bikes around the city and bikes are seen everywhere you go.

Photos (by popular demand of Matt) are below the fold. You should have come, Oleg. 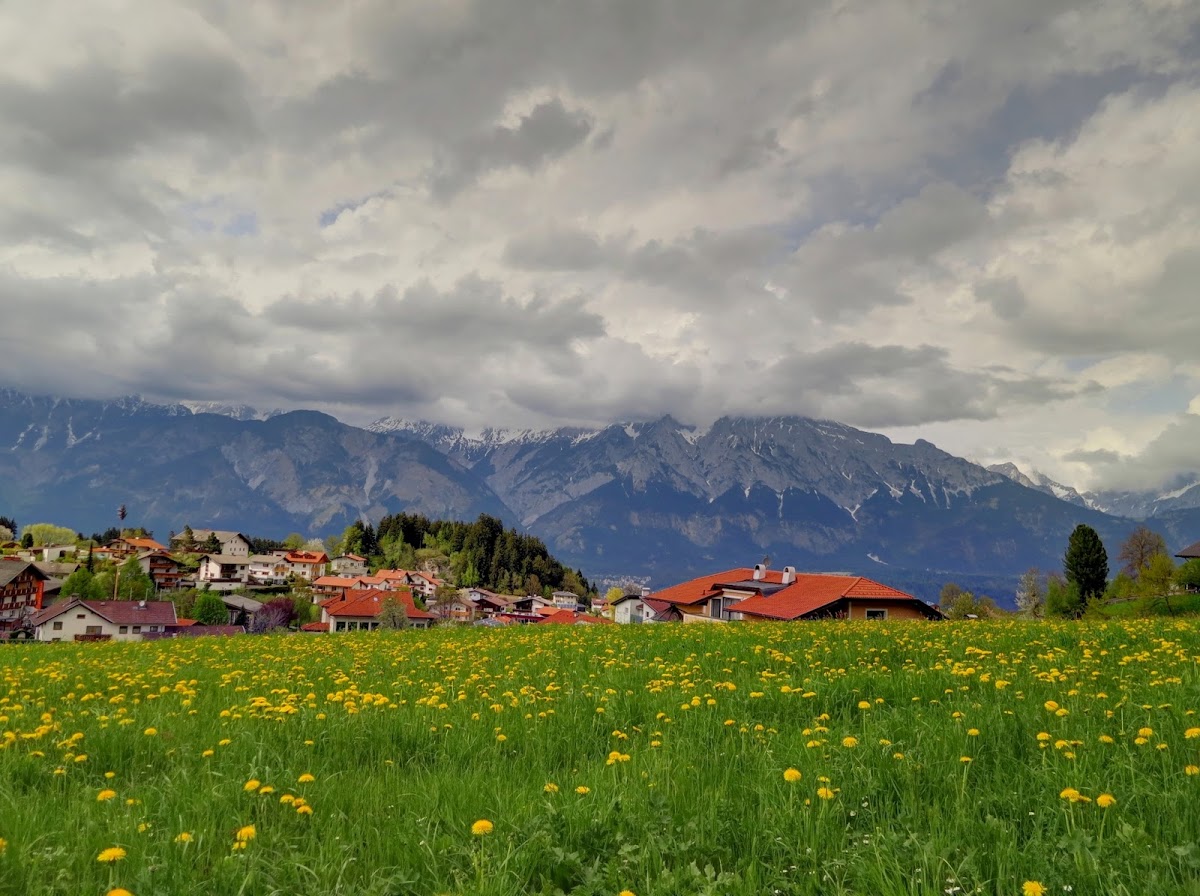 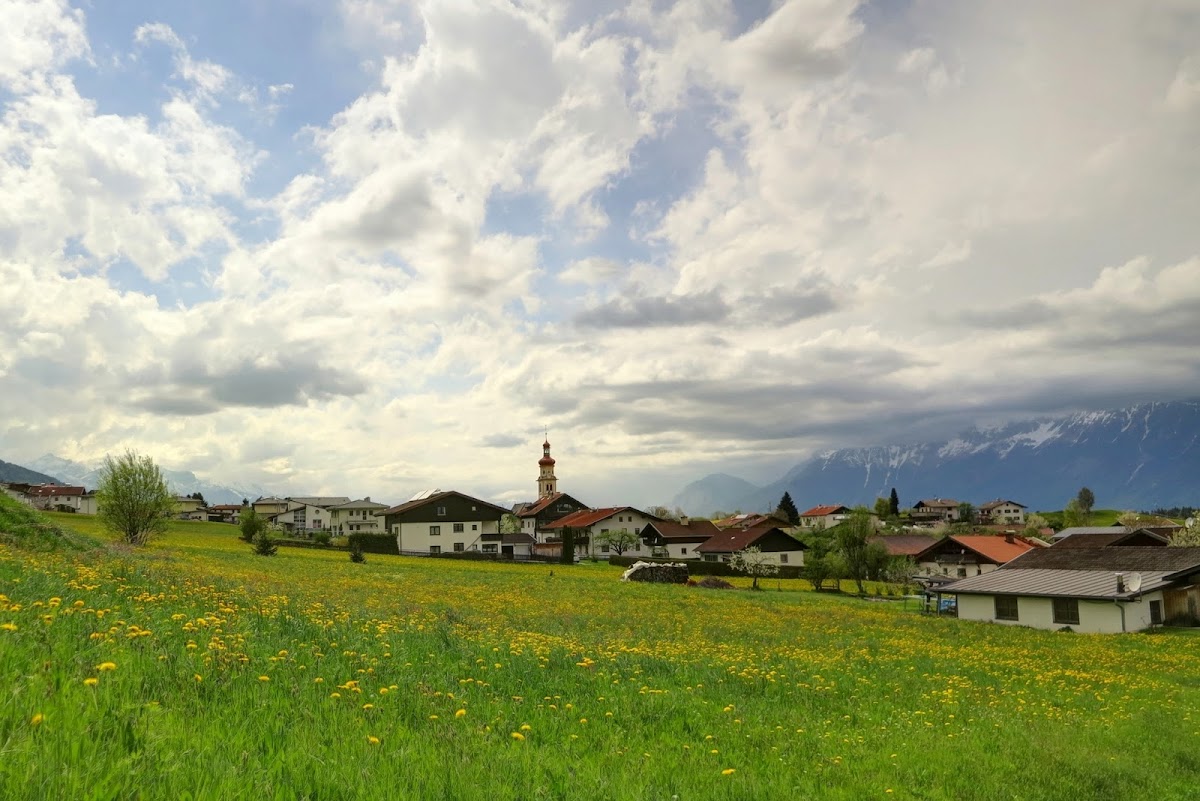 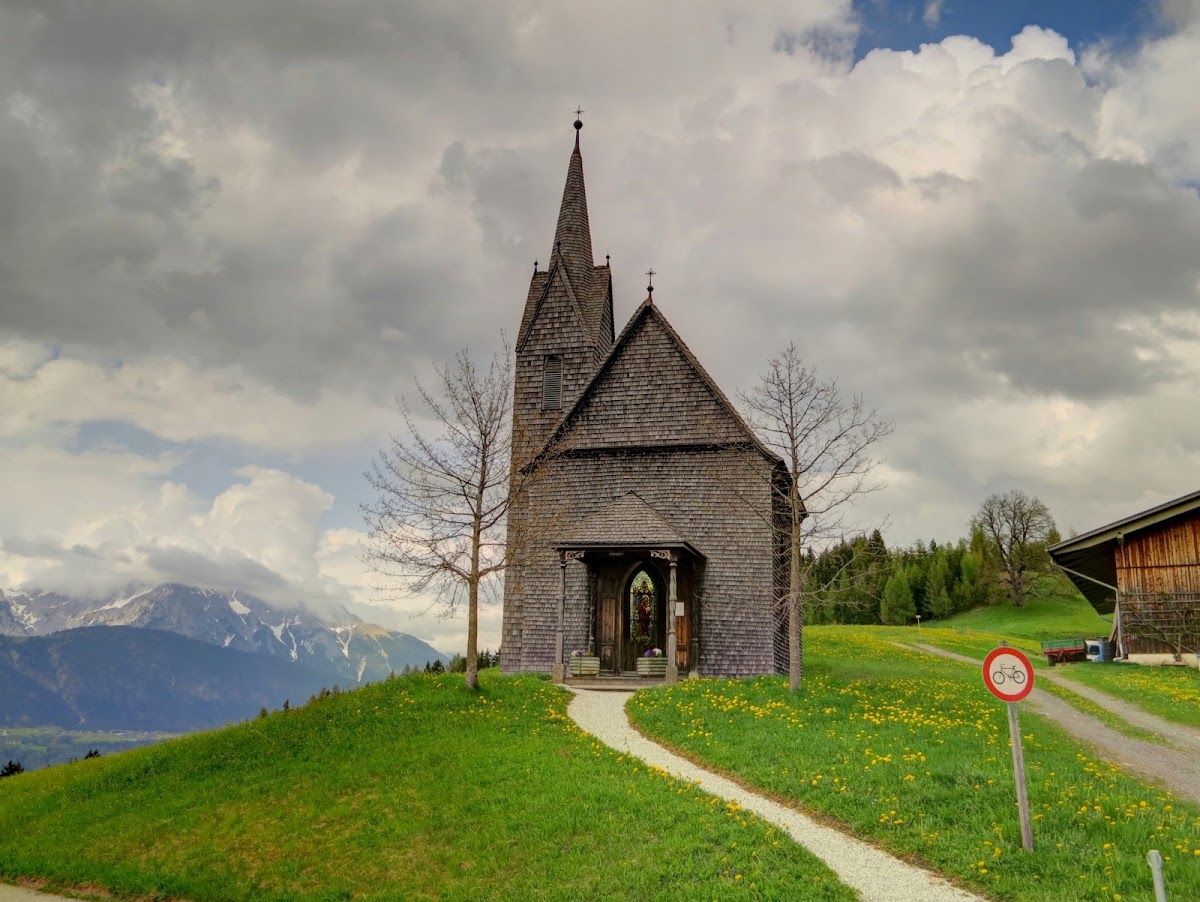 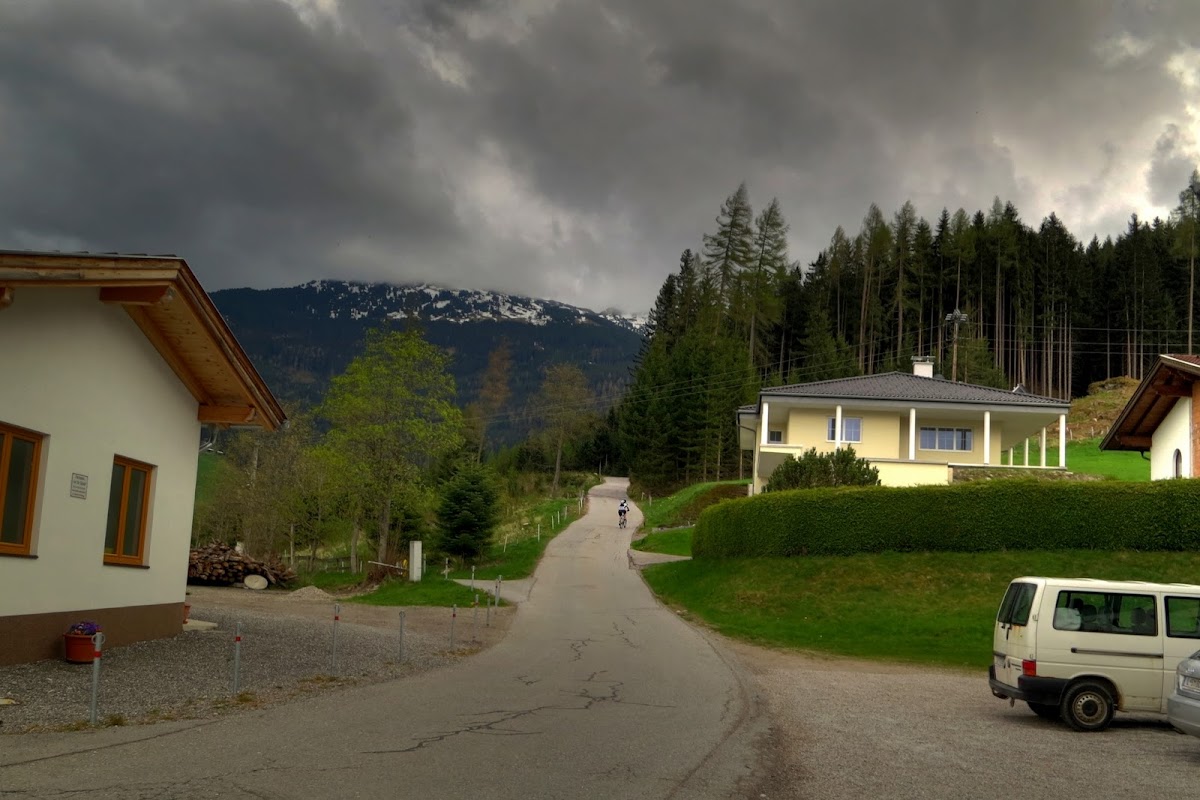 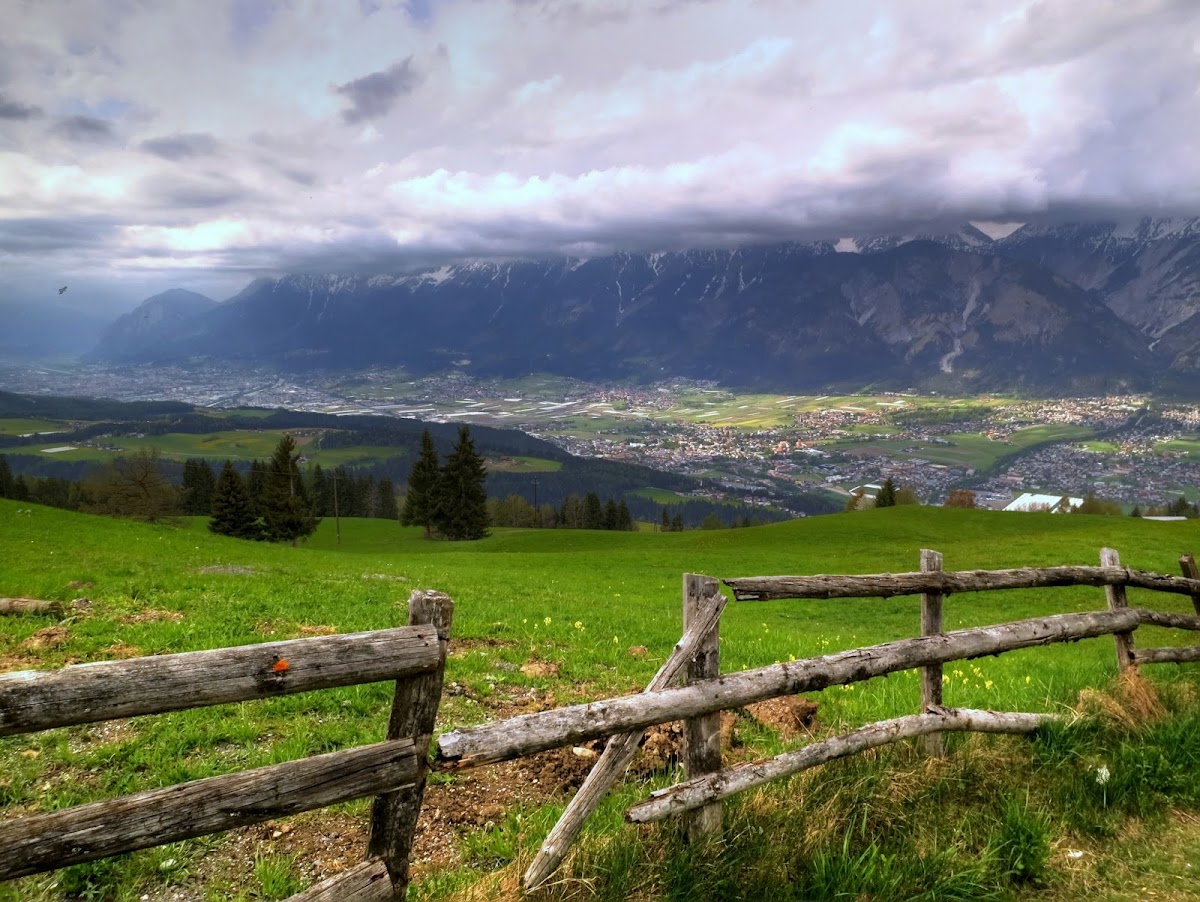 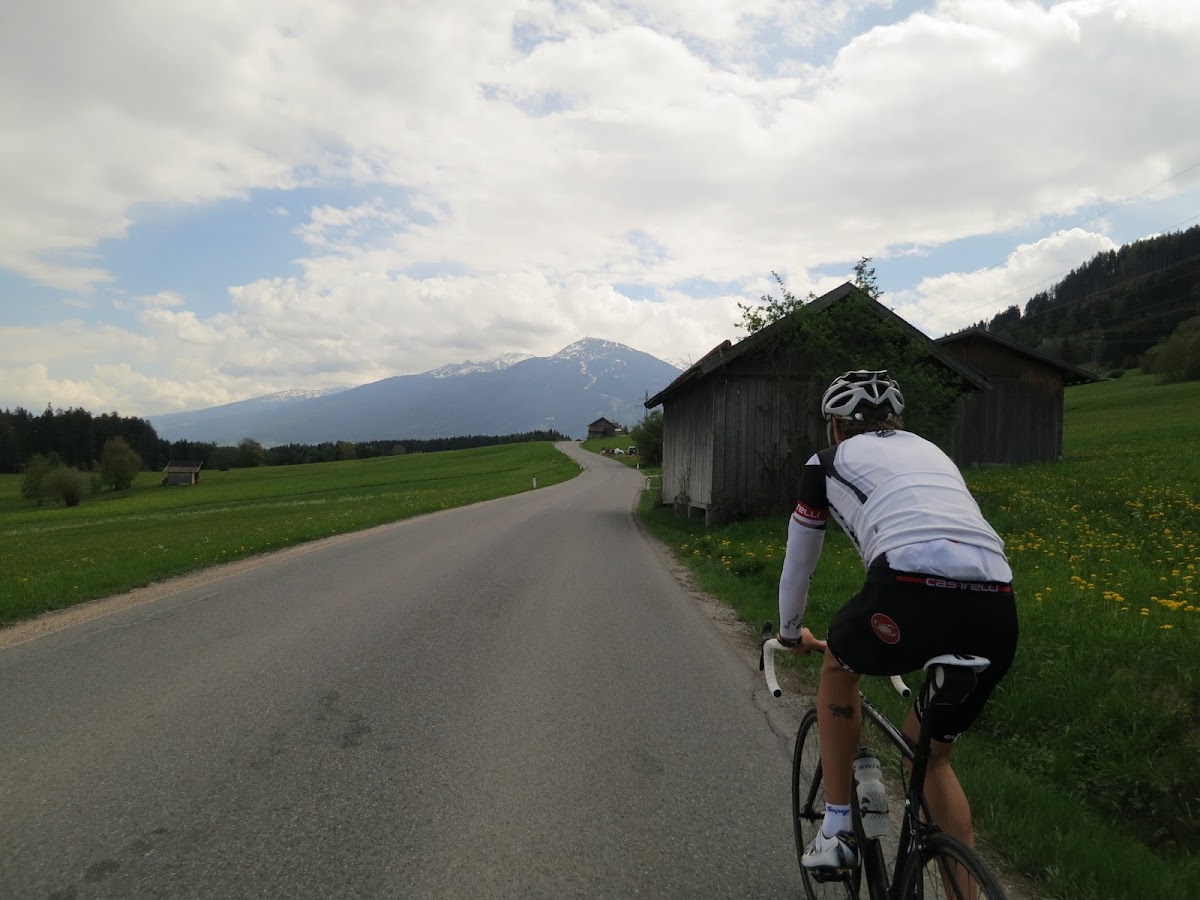 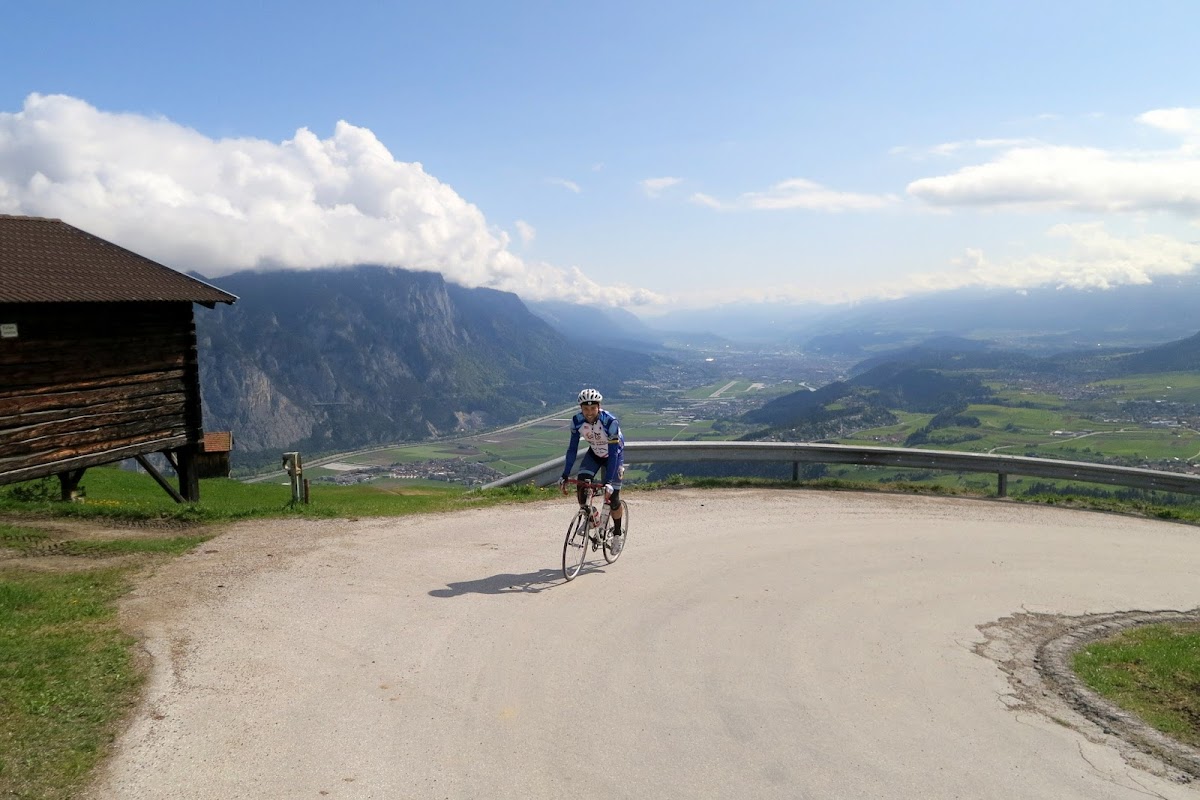 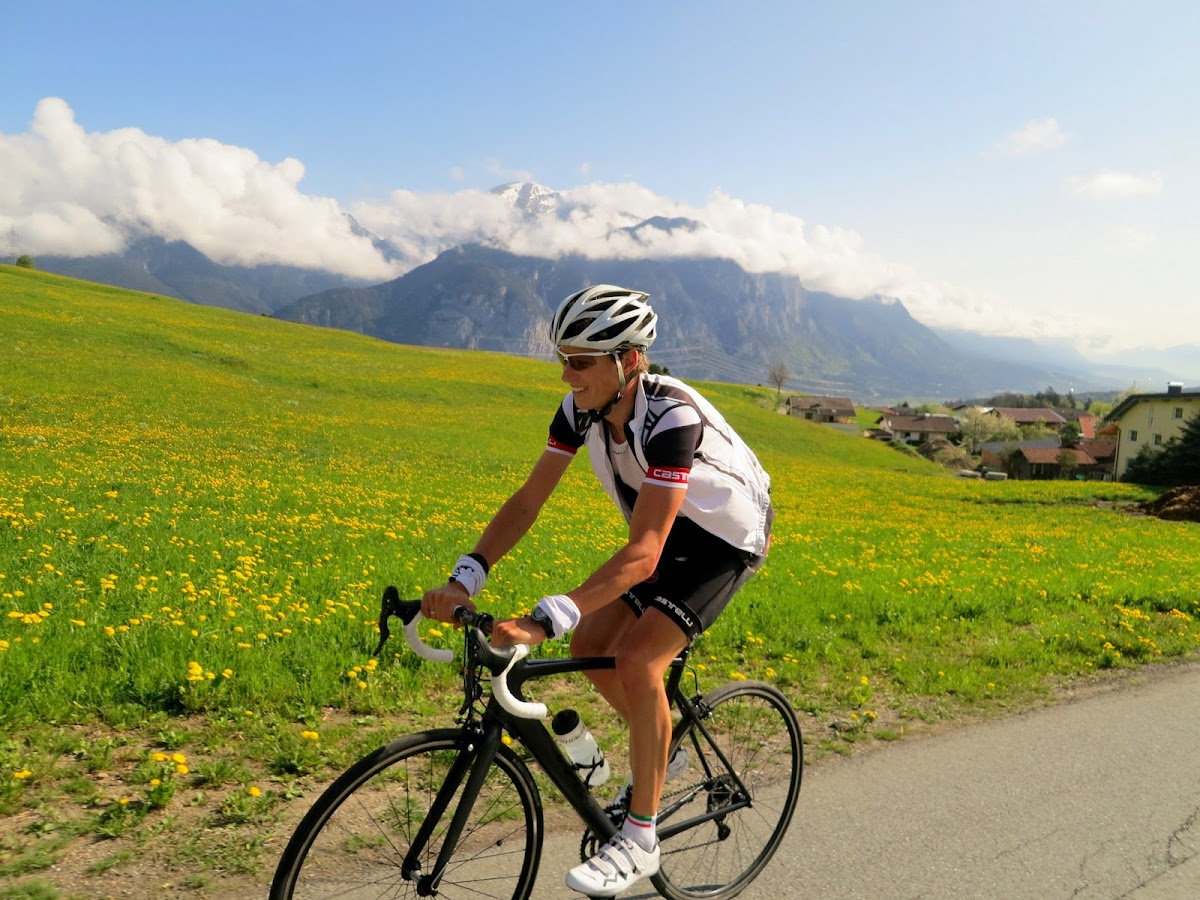 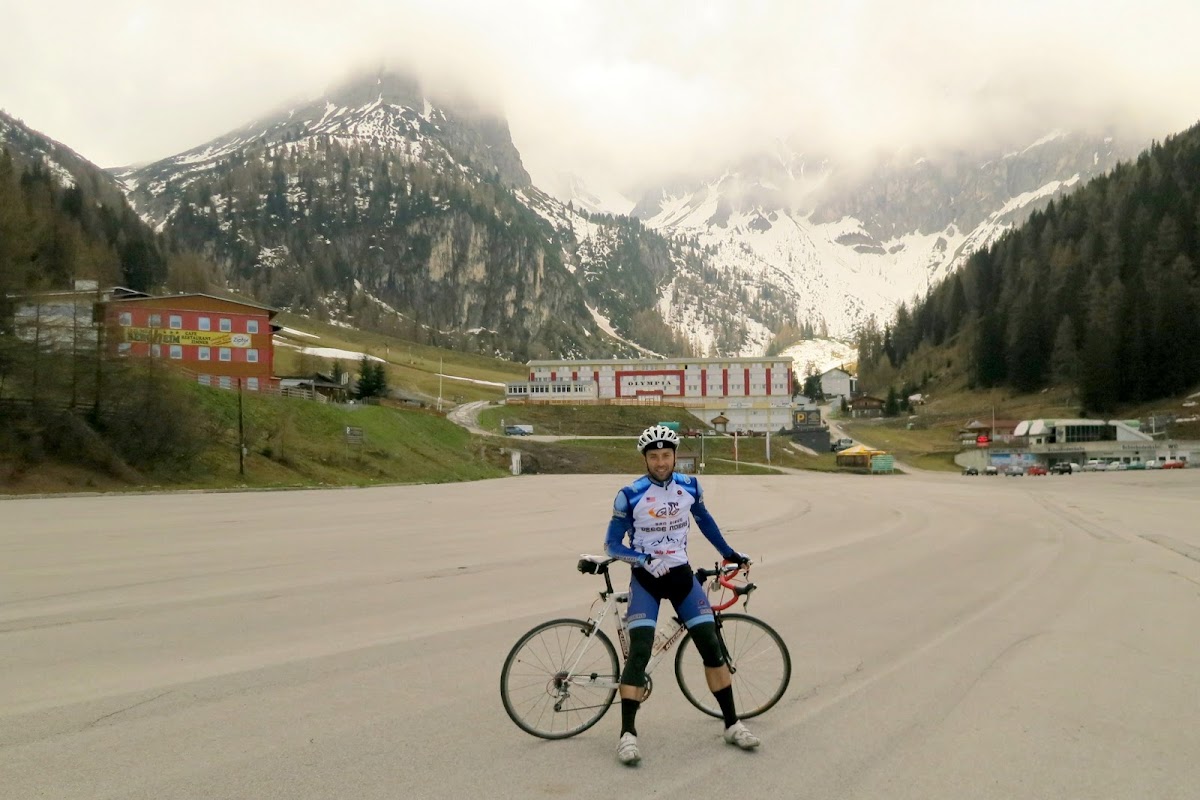 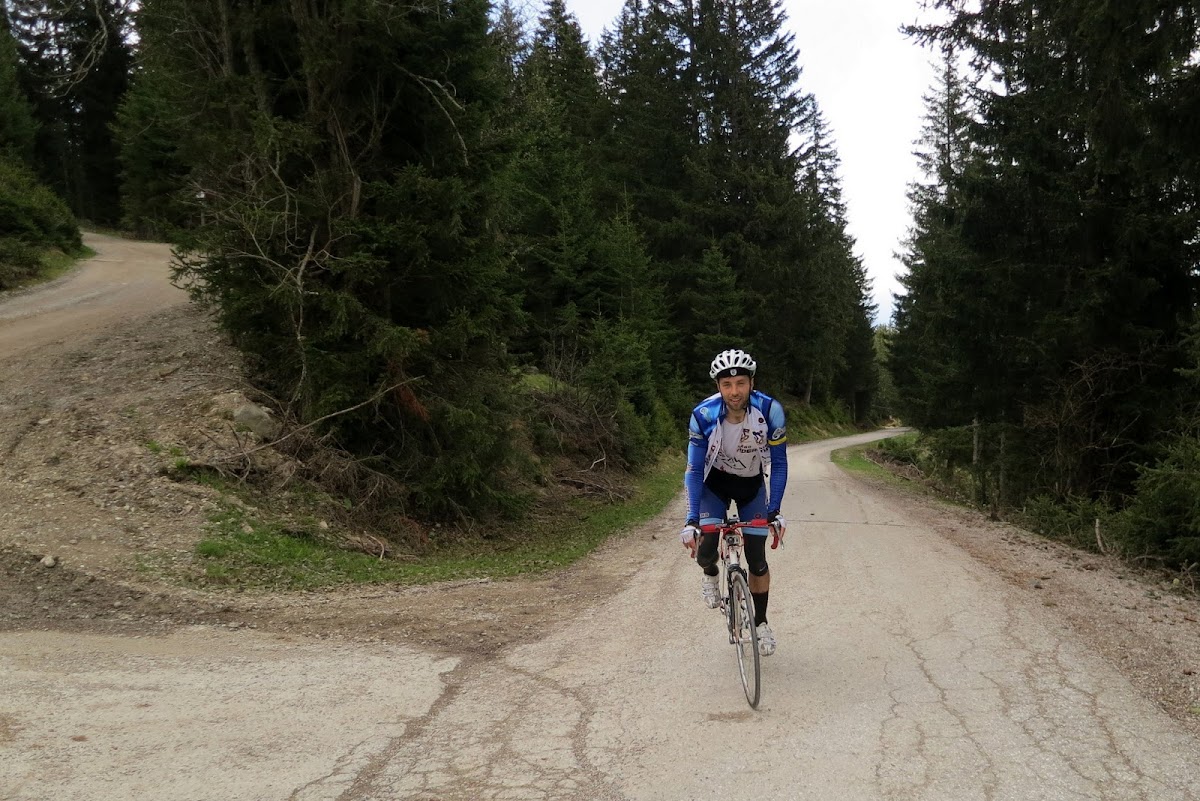 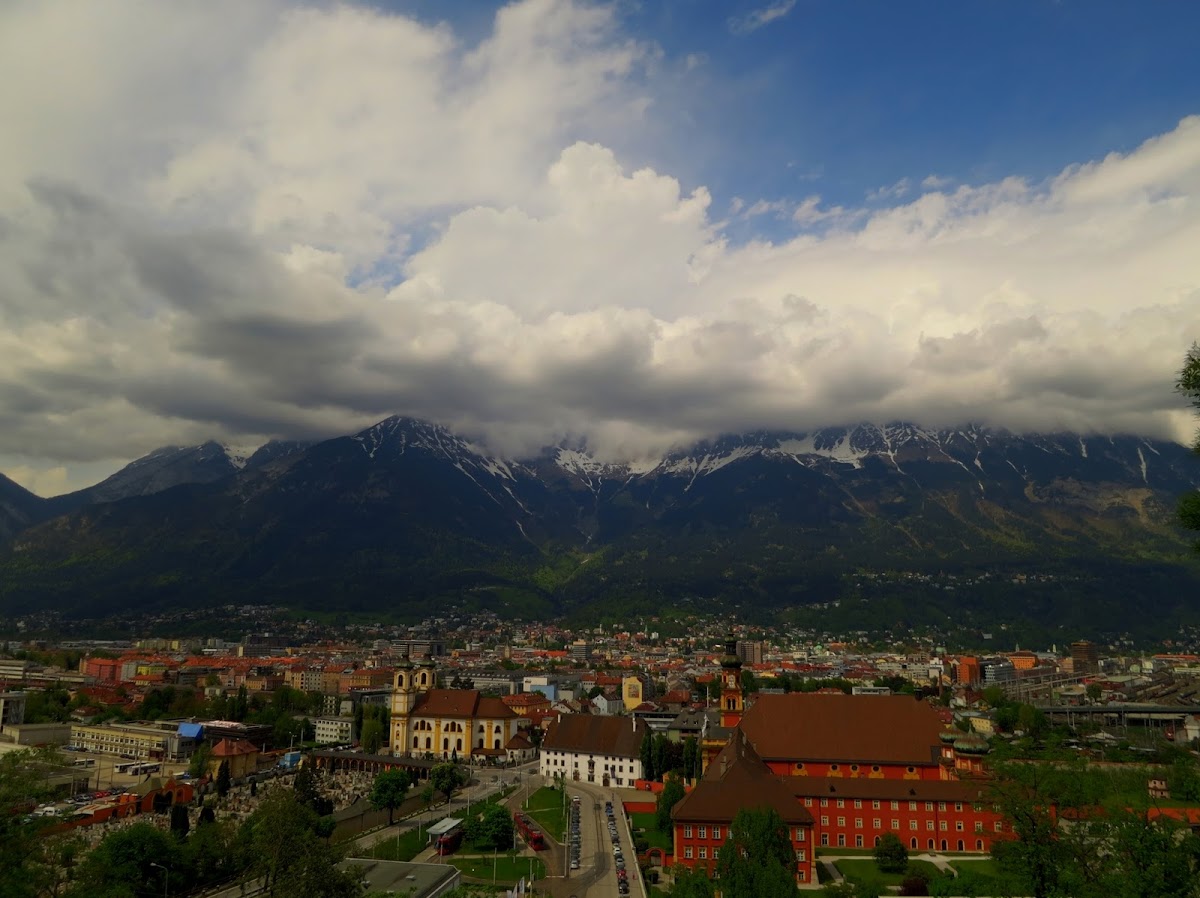 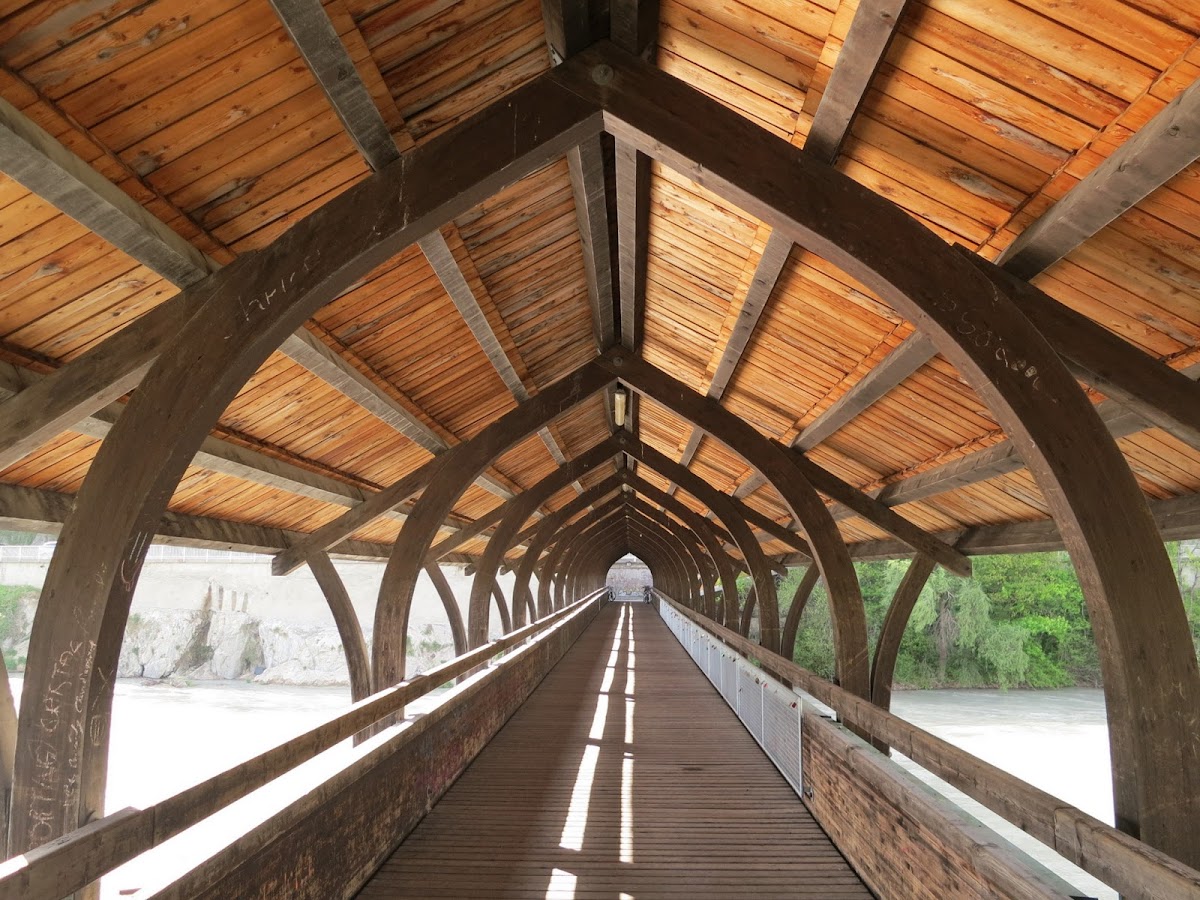 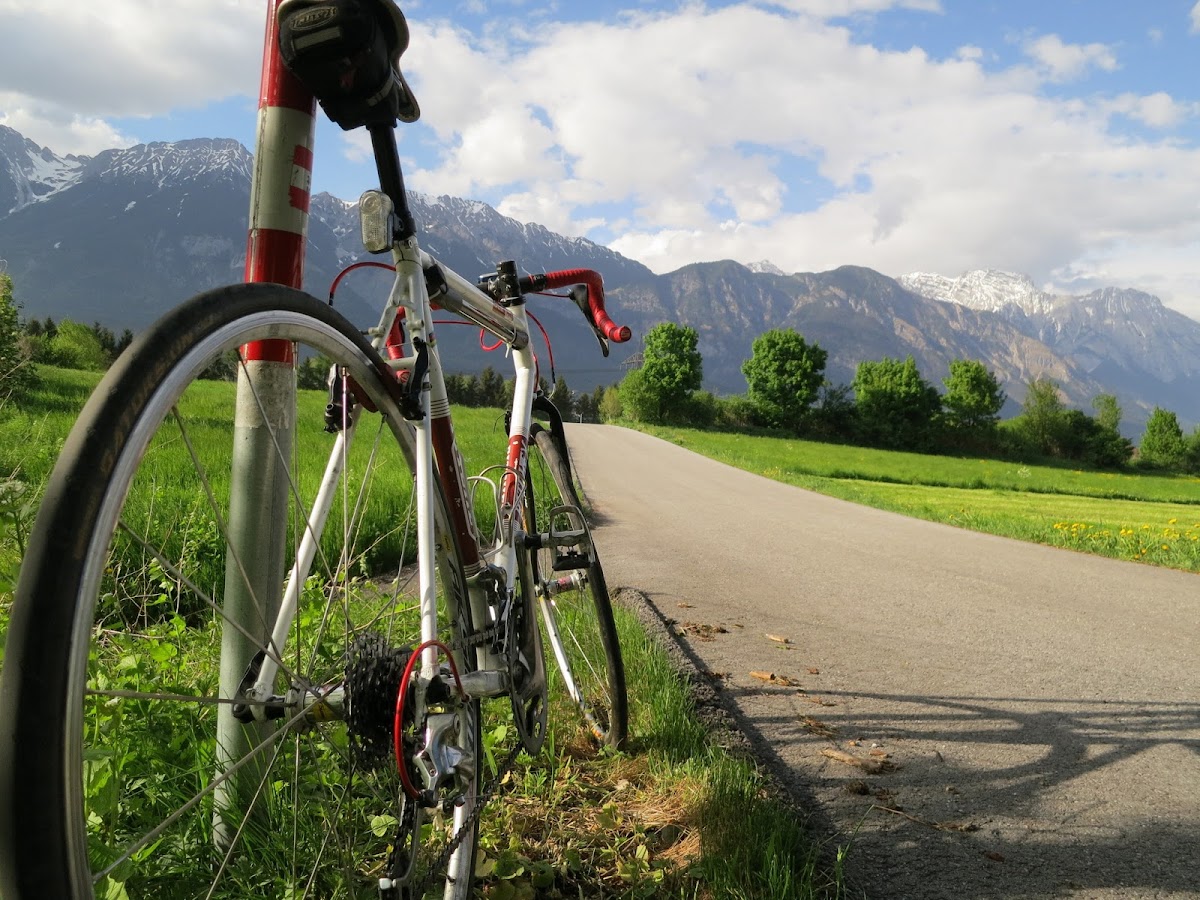 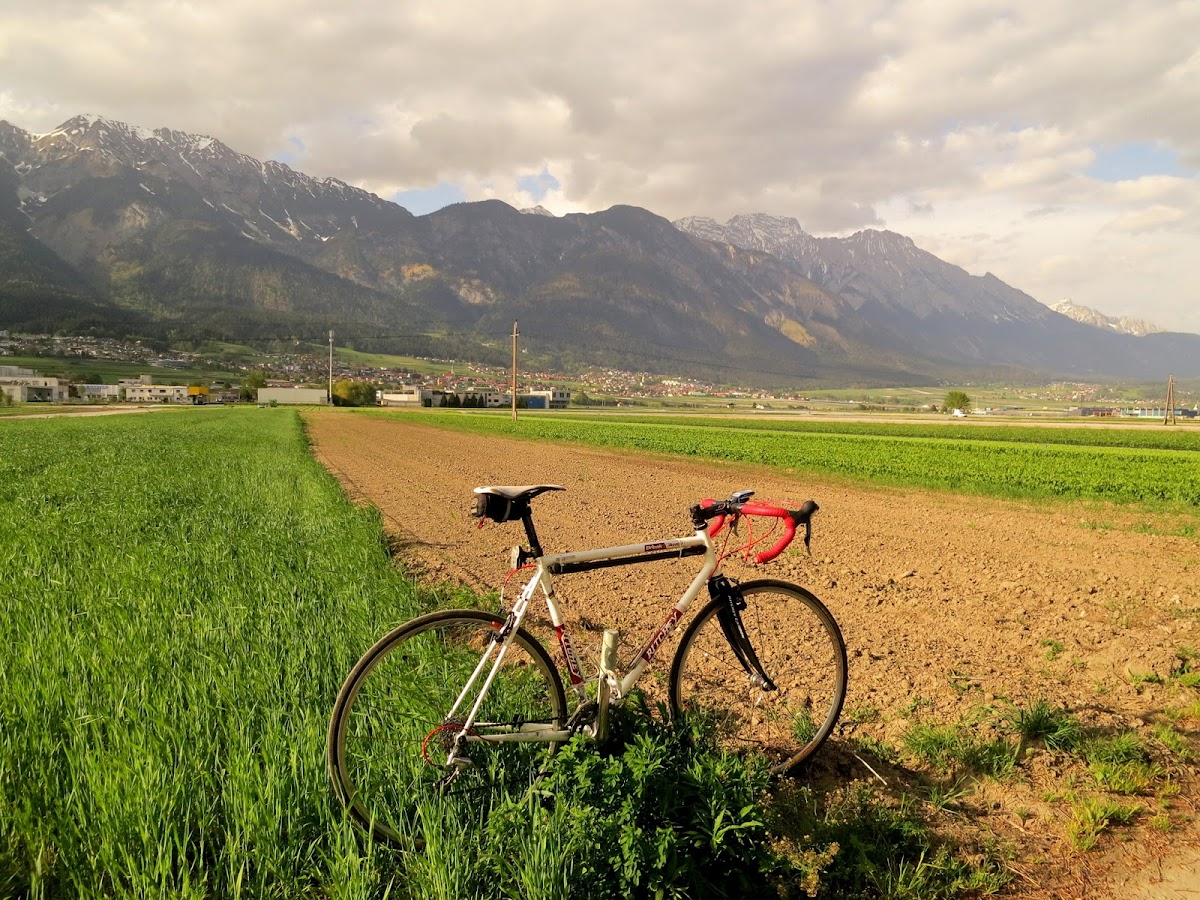 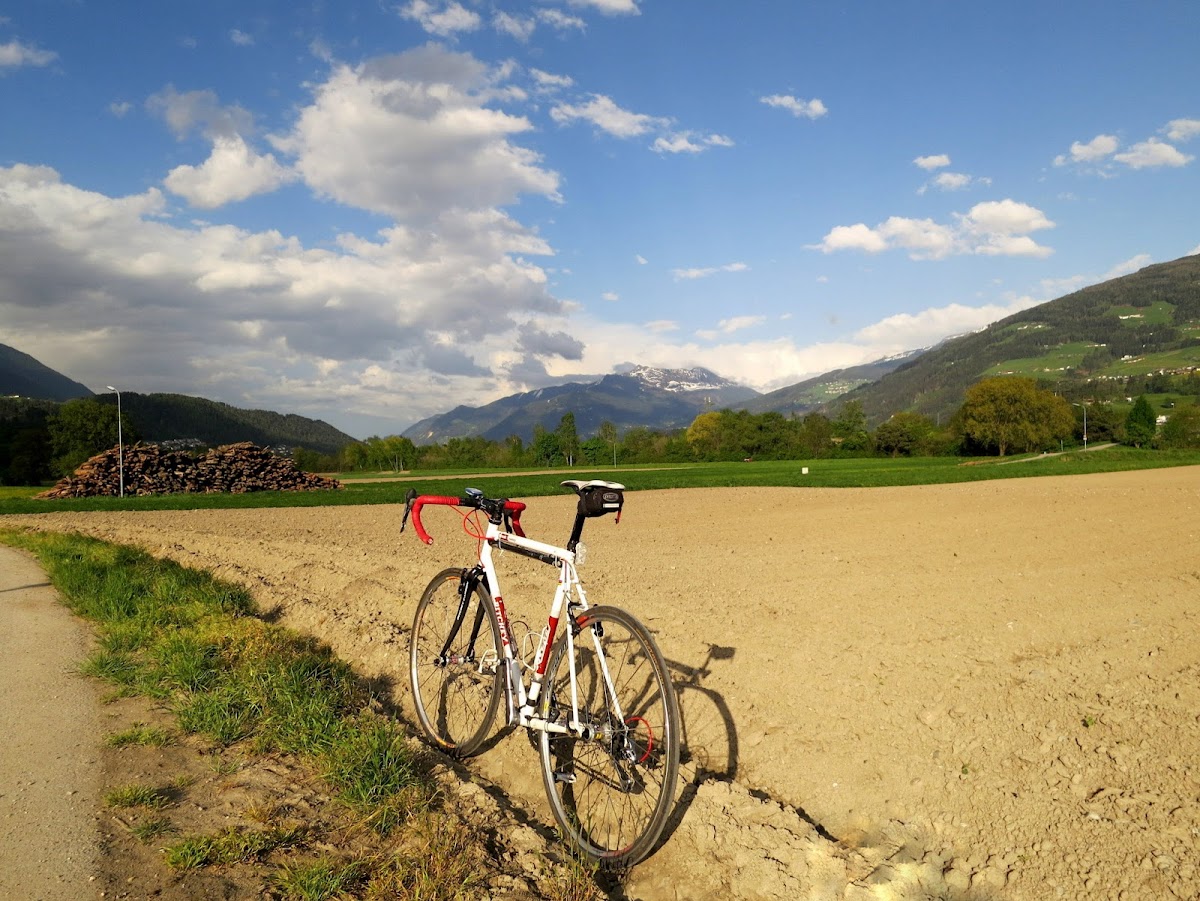 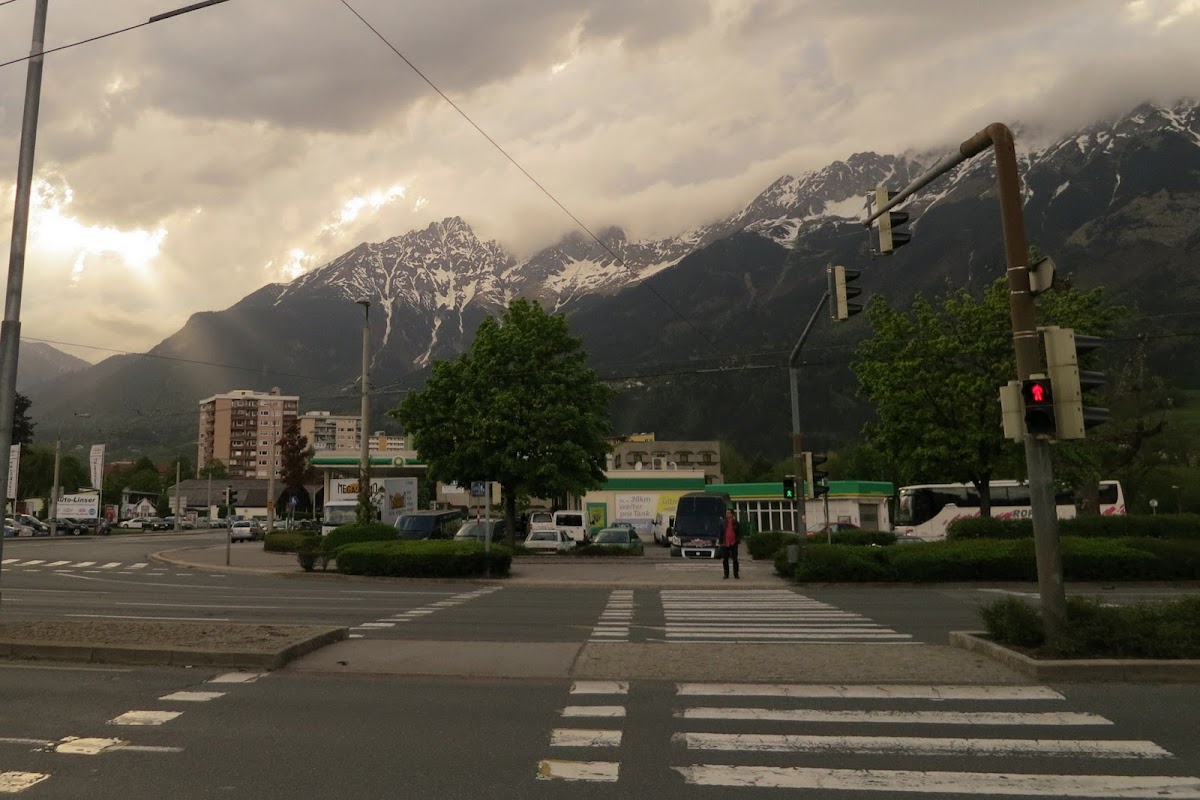 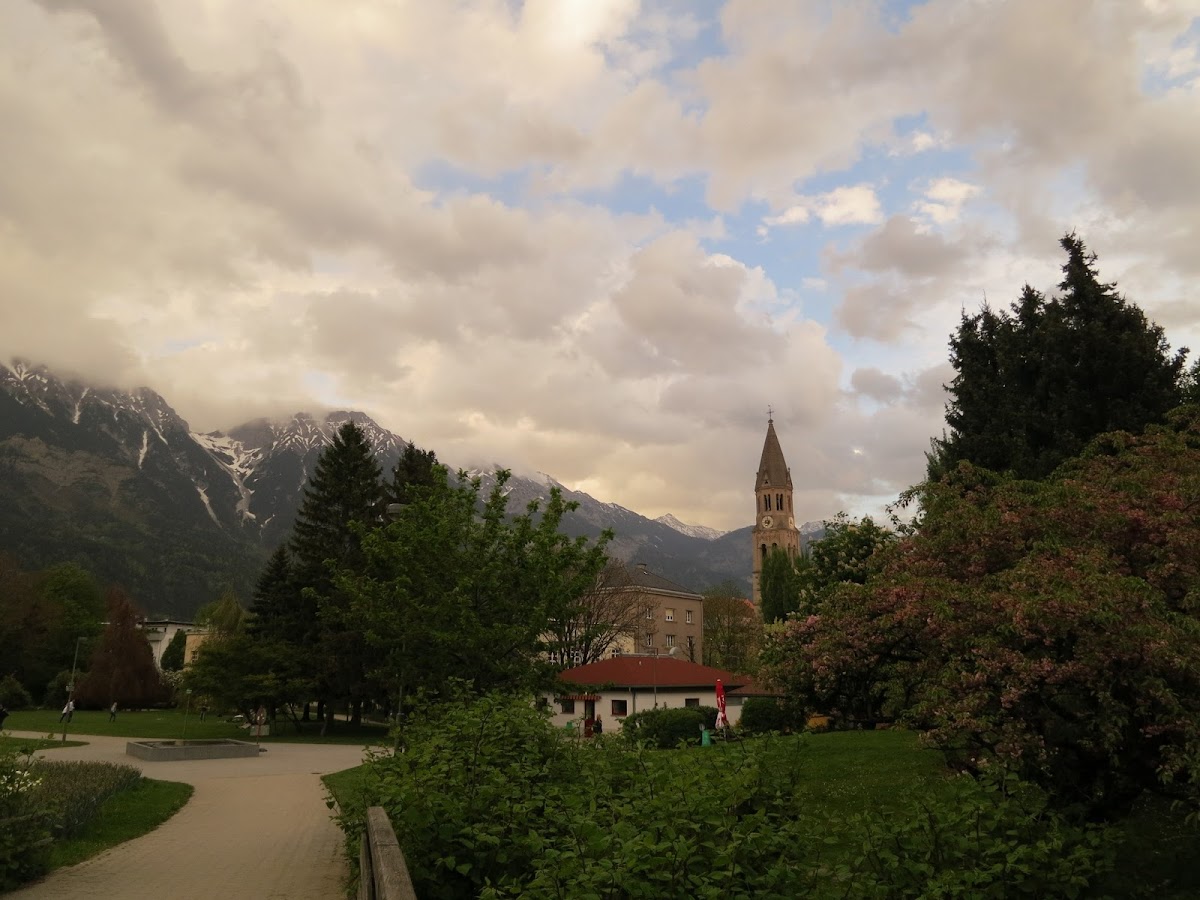 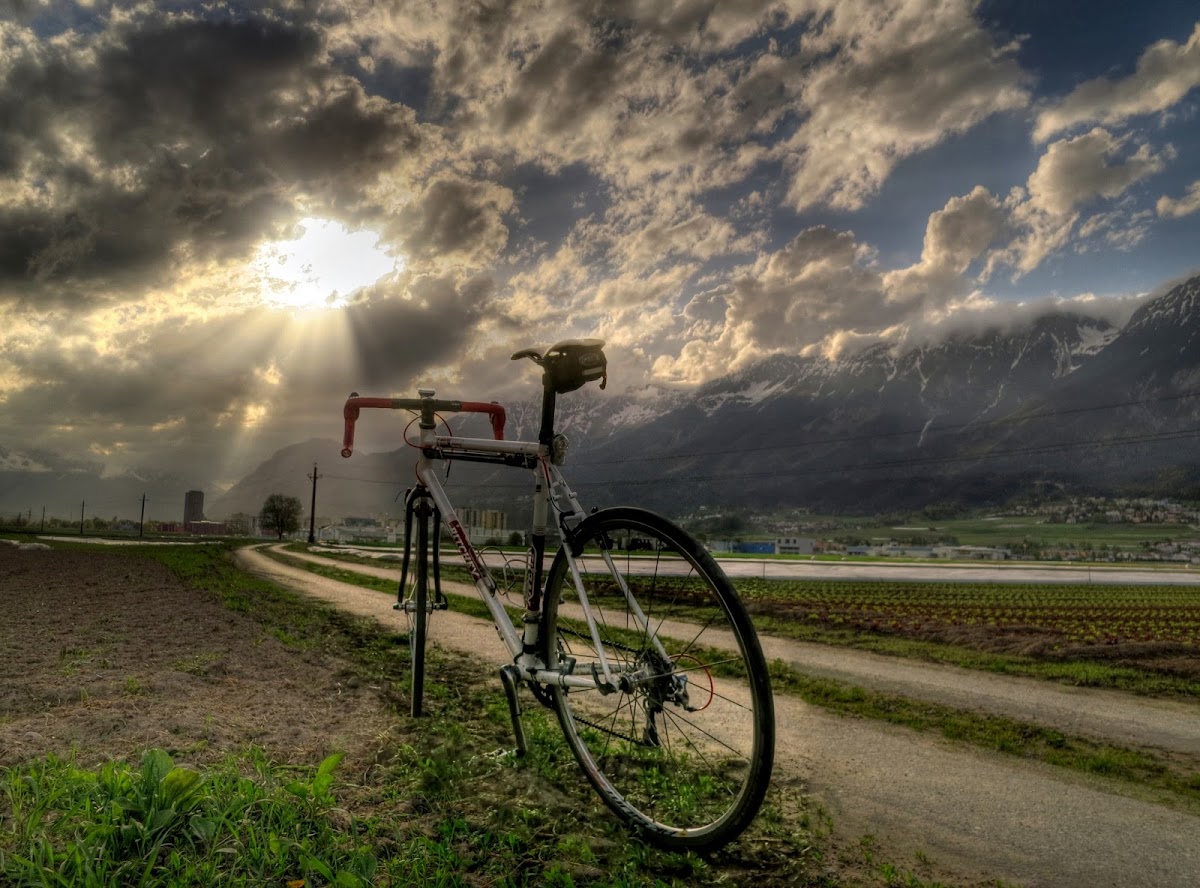 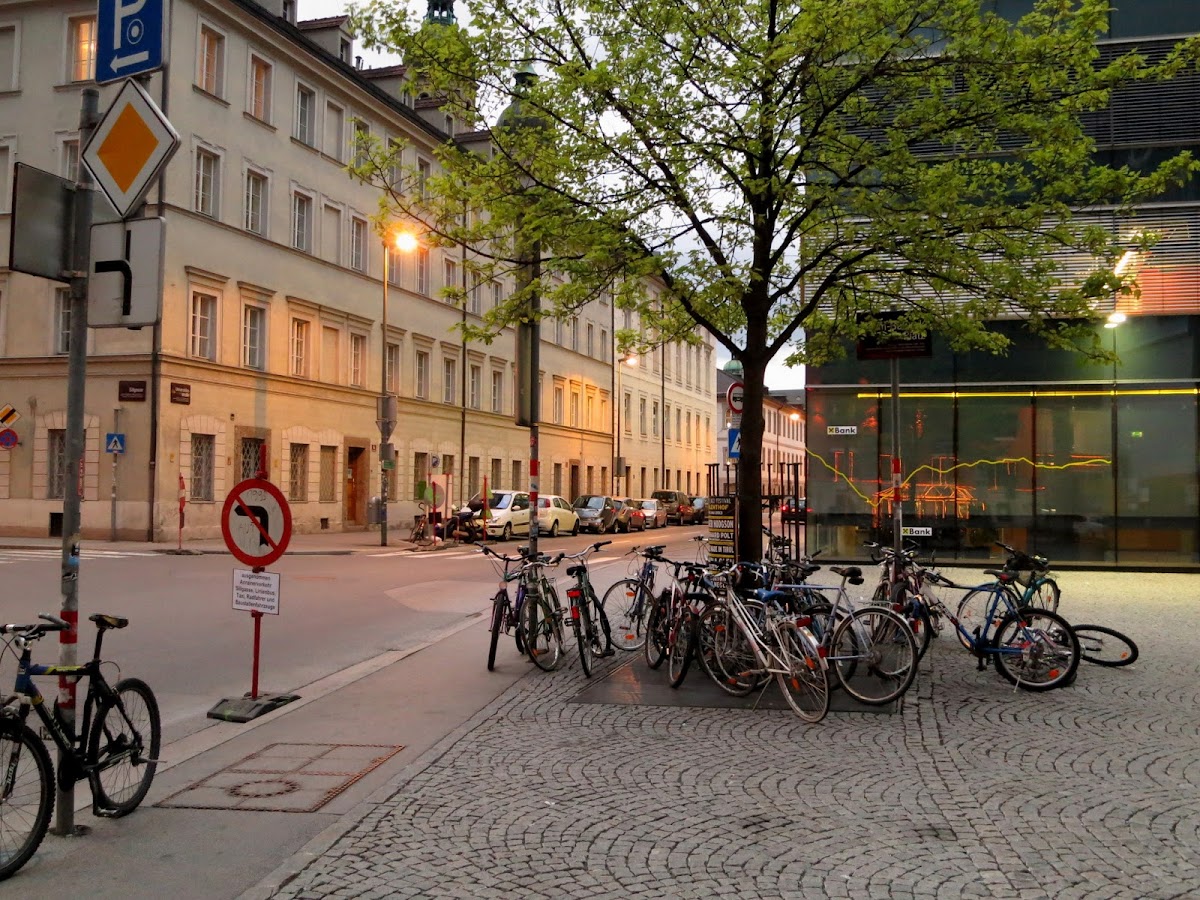 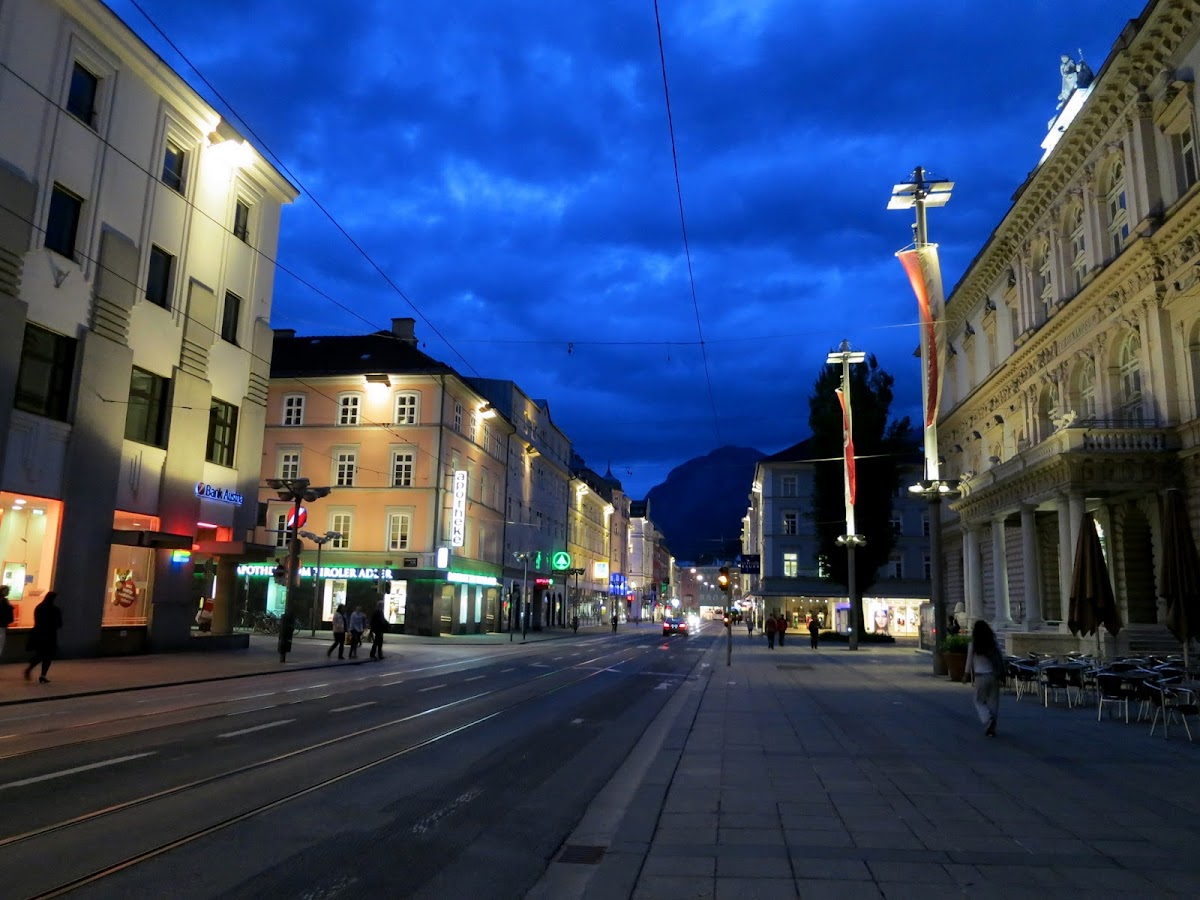 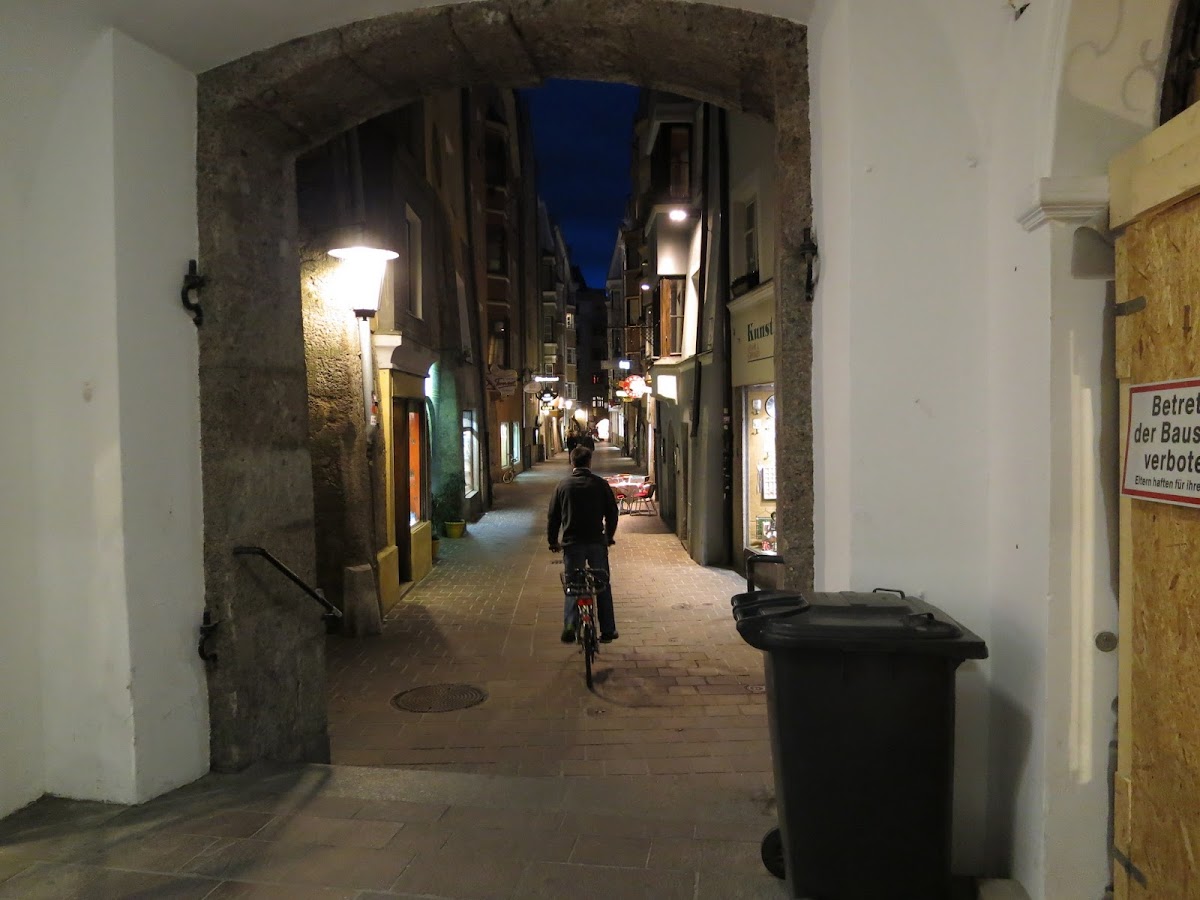 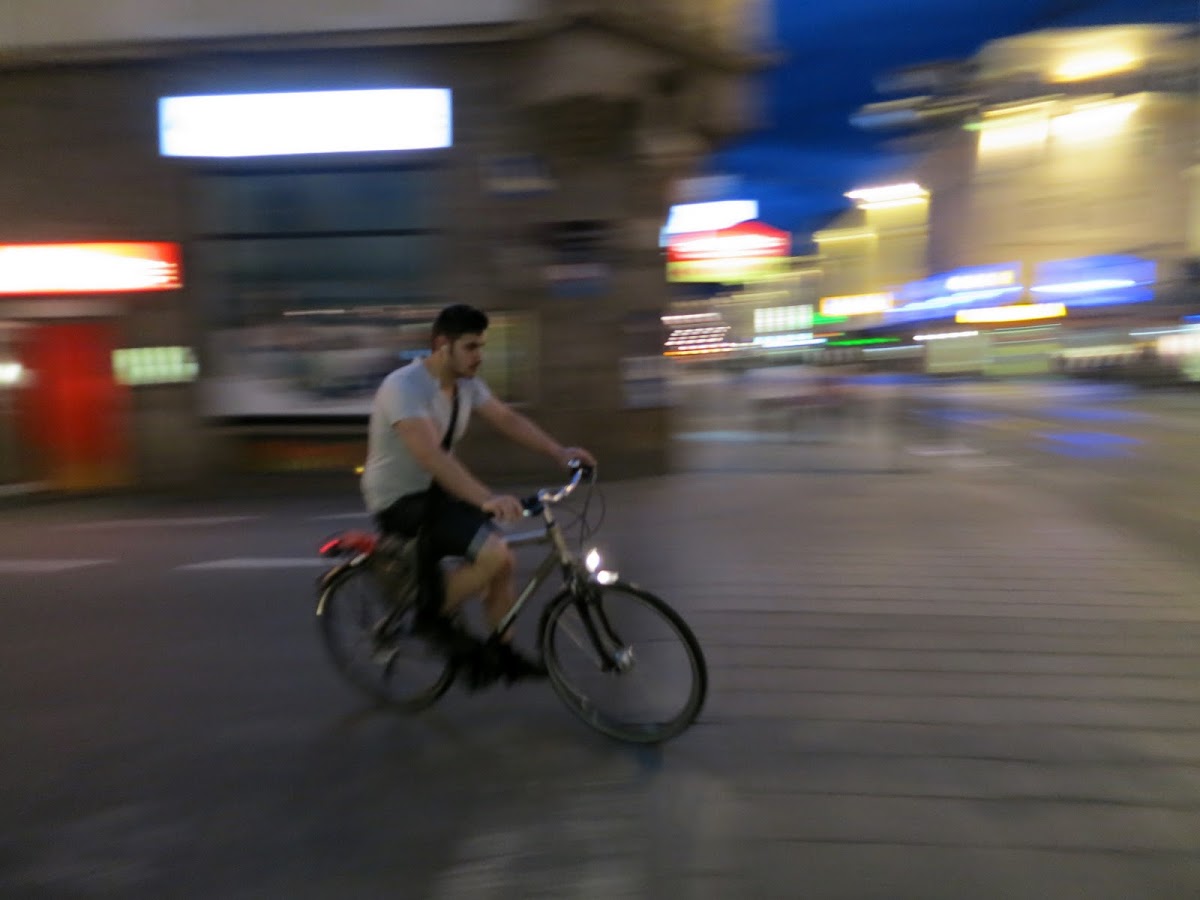 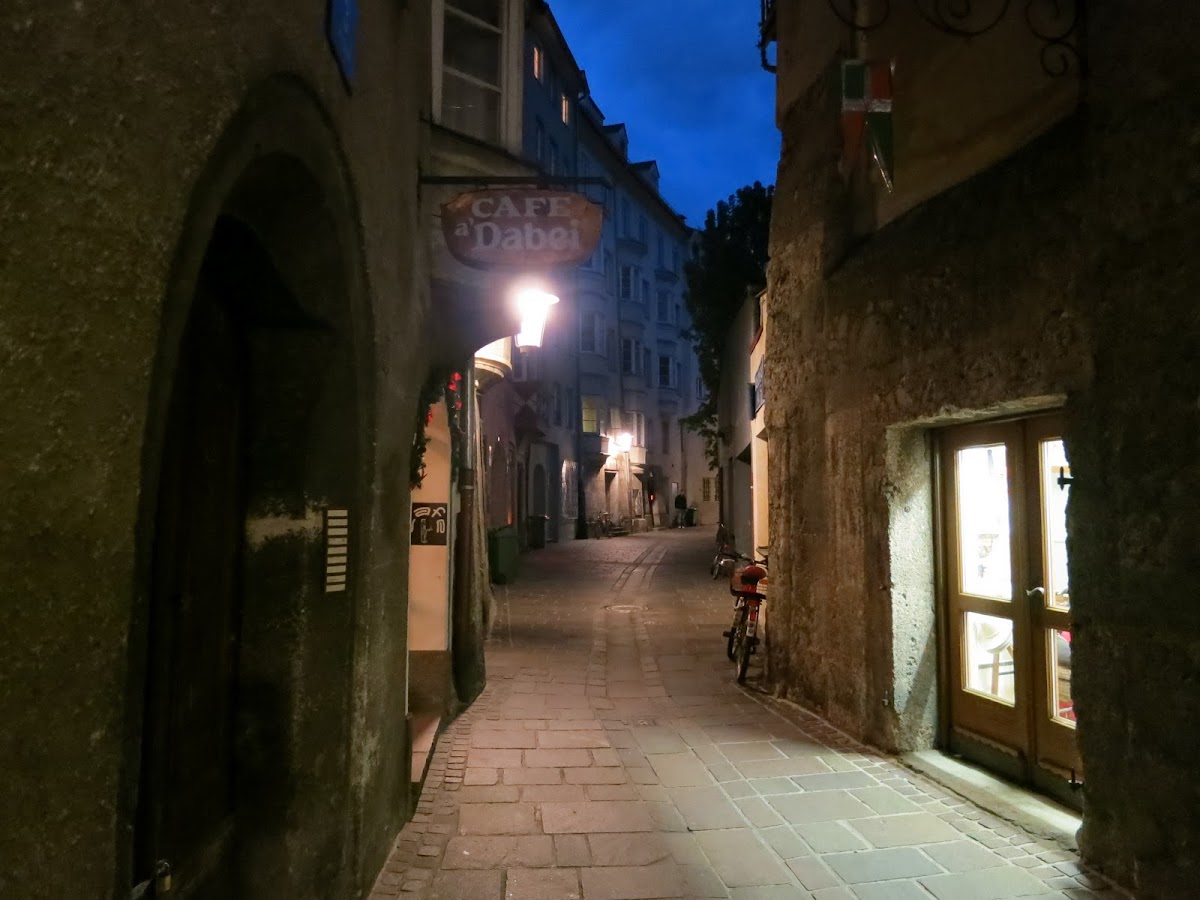 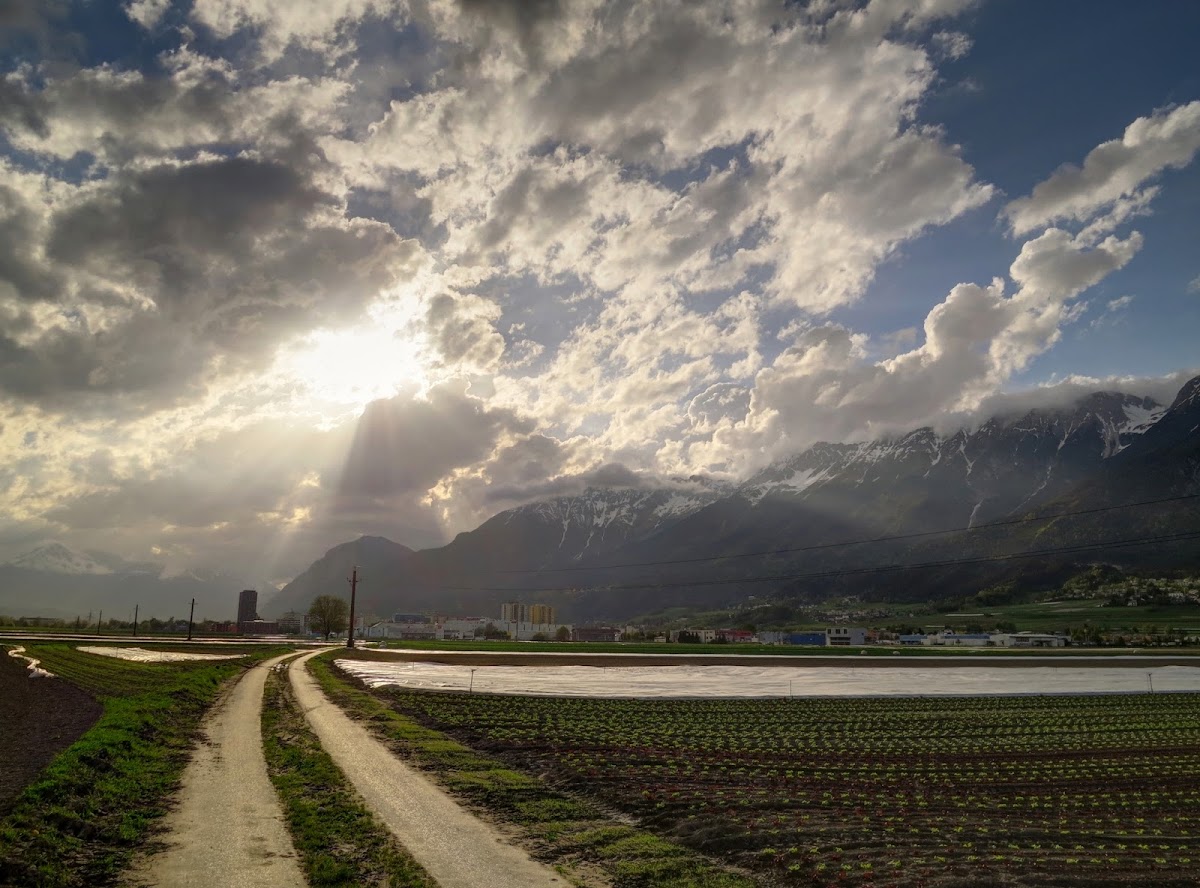 This entry was posted in foreign road trips and tagged alpine, alps, austria, europe, ritchey breakaway. Bookmark the permalink.
%d bloggers like this: