Posted on April 30, 2011 by sddescenders
Hi Guys, Oleg hit the high notes–it was a great ride.  The start area was not as good as prior years, but we made the most of it.  Jim Knight put a small wrench in our plans and rode off with us a few minutes after 7 am instead of his 7:30 start with Drew and Rick.  We pushed hard from the start and stayed with Jim through the descent to Dehesa Road.  This caused John to fall off the back and he rode the race solo–he deserves the tough man award for the day; long time to be out there trying to catch folks.   The rest of the group started the climb and I quickly fell off.  Cresap joined me while Oleg, Voris, Guido and Geoff rode away from us.  I rode plenty on the wheel of Cresap–this really helped me.  Rick and Drew blew by me at about 22 miles as they sped to catch the leaders.  At the second stop I spotted Geoff getting water so we rode together towards the I-8 overpass.  Geoff also let me hang onto his wheel.  We saw Denise riding strong right when we got to the highway.  Cresap was at the stop right before the descent to Pine Valley so now we had 3 guys heading there together.  Right at the bottom of the hill we saw all the leaders coming back from the loop; all except Jim Knight who was now well up the hill on the return leg. After cruising through Pine Valley, I took the point and rode hard to catch a few guys on the Descando loop.  I did not notice that Geoff and Cresap went straight by the turn and continued on towards the highway.  My efforts paid off as I was able to ride the wheel of some fast guys and descend quickly back down Dehesa.  I saw Mike Hodges coming back up and he pulled a u-turn to join me.  I was quite startled to learn that Geoff and Jeff were in front of me by quite a distance.  Hodges did many monster pulls as a small group of four of us rode for miles back towards Alpine.  We finally were able to close the gap and catch the two wayward Descenders.  All four of us finished about the same time; and for the record, well behind Guido. Here are a few photos.  If you haven’t had enough a_ _ woopin’ yet today, join Sheehan and me tomorrow at 9 am–Pomerado and RB roads.  We are going to explore some new roads up HVR. Ride on- Rob
From Oleg:
Perfect day today – not too hot, not too cold, reasonable winds, great turn-out by Descenders: Rick (and Denise), Voris, Guido, Geoff, Rob, Hodges and Jeff Cresap, John and I. Plus Drew and Jim Knight. Hope I am not forgetting anyone. Shorter route, 62 mile this year, but very hard nonetheless. It is hard to figure out the placing due to rolling start instituted this year, but Rick was the winner (along with Drew), followed by Jim Knight, and Alex and Deya on a tandem, then Voris and I, then Guido, and then (with perhaps a few riders who snuck in between) the group of Geoff, Rob, Jeff and Hodges.
I was testing a new GoPro camera, courtesy of Gary, friend of the club, and shot 2 hours of video footage, hopefully to be processed into a much shorter highlight video that we can put on our website.
Photos:
https://picasaweb.google.com/oleg.shpyrko/20110430AlpineChallenge
Oleg.

Here is the latest on the Alpine Challenge this Saturday:

1.        Some local clubs have organized themselves so there will be two primary group starts:

a.       An elite group will start at 7:30am, which will include Drew, Jim Knight, our Rick B., and some others in that caliber

Many of the Descenders are leaning towards starting at 7:00am (including Rob, Oleg, me and some others Rob spoke to) .  It will be cooler then, and probably a more civilized pace.

If you are still prefer the 7:30 start, please reply direct to me and I will see if we can arrange a car pool for a later group as well.

If you are in the 7:00 Break Away group, please let me know if you can drive, and how many. 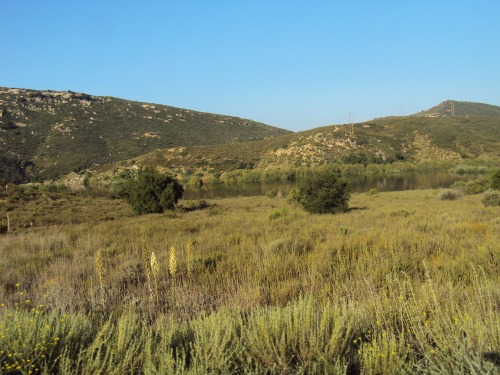 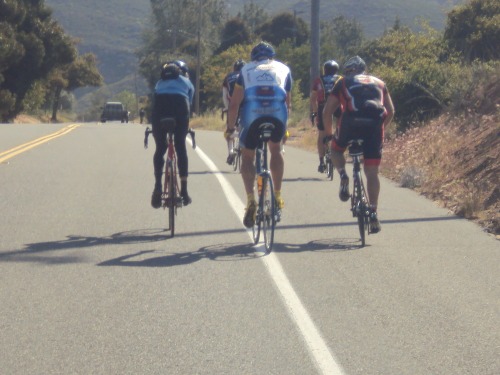 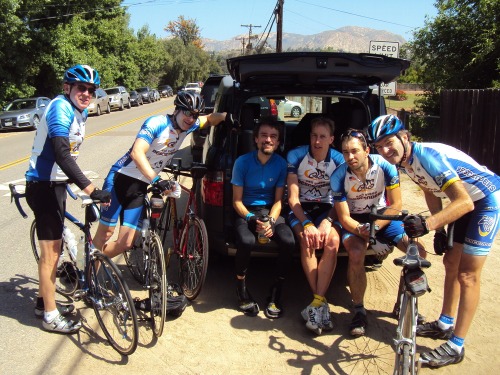 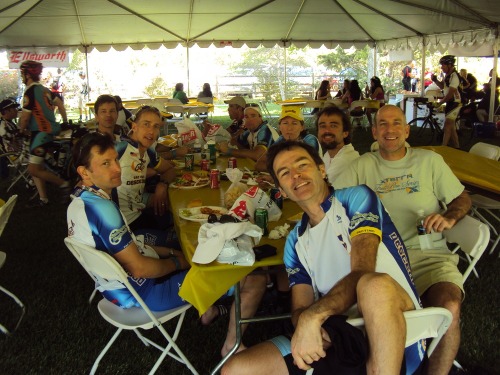 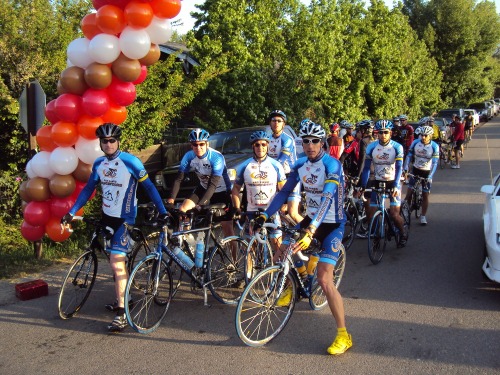 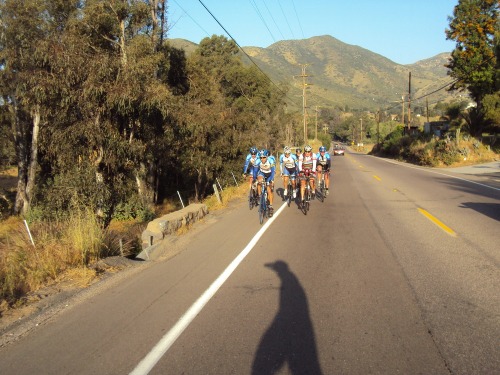 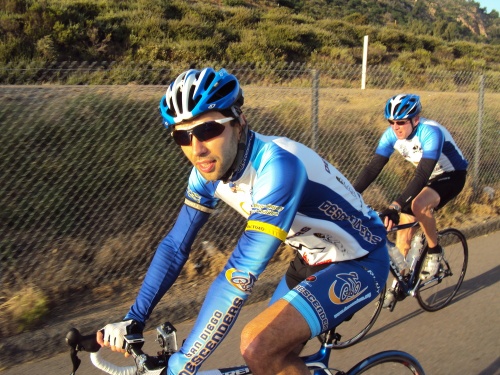